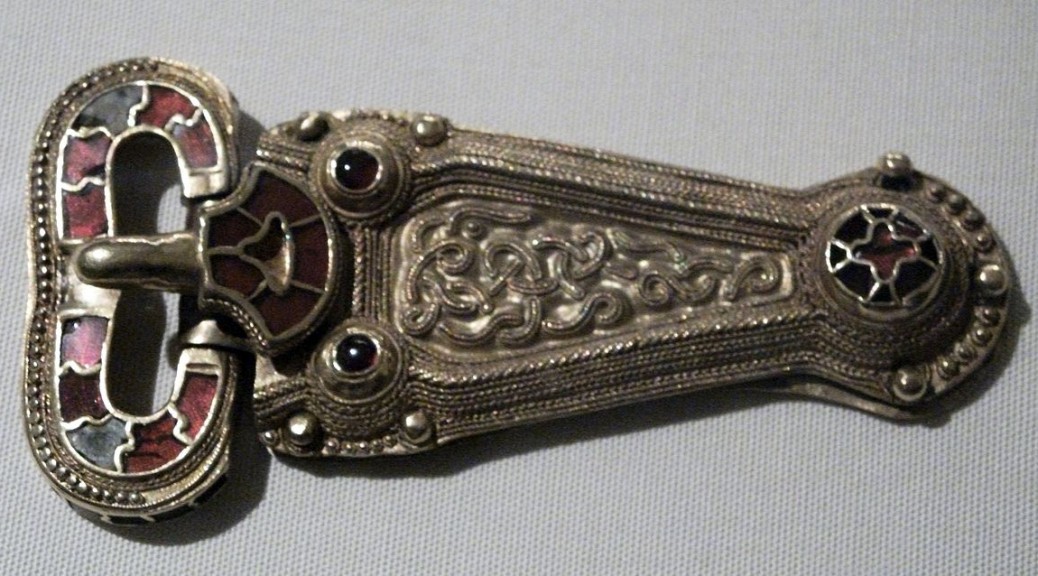 This project was started in 2010, with the objectives of reinterpreting evidence from Post Roman/Early Saxon sites in and around Berkshire and producing a series of lectures, a book and an exhibition.

This project is reviewing evidence from sites used in the period AD 400 to 600. This was a period when the Roman administration formally came to an end and a Post-Roman British society developed in the period AD 400 to 500. One of the features of this society was that it was a largely Christian society. After AD 500, the area saw an influx of Saxon influences which led to an interesting mix of peoples, cultures and ritual activity across the study area.

The meeting in September has devoted to presentations by Ann Griffin. Her first presentation was about a Celtic settlement at Brundenbach which is situated on hills between the Mosel and the Rhine in Germany.  She visited it while on a geology trip along the Rhine south of Koblens.  She found settlement with earth fast timber framed houses and kilns.  She suggested that the site has similarities to West Stow which the Society visited earlier in the year.

Her second presentation focussed on Anglo-Saxon Bray and Ripplesmere.  Again she used evidence from Domesday to identify manors and then worked backwards in time towards the archaeology.

Following the Viking invasions that commenced in 870AD, Alfred the Great built a number of “emergency” fortifications, or “burghs”, to defend Wessex. It is believed that one of these was at Cookham but the site is not yet known. Marlow Archaeological Society has for many years been investigating possible locations around the islands of Sashes and Odney. Further excavations commence on November 11th.