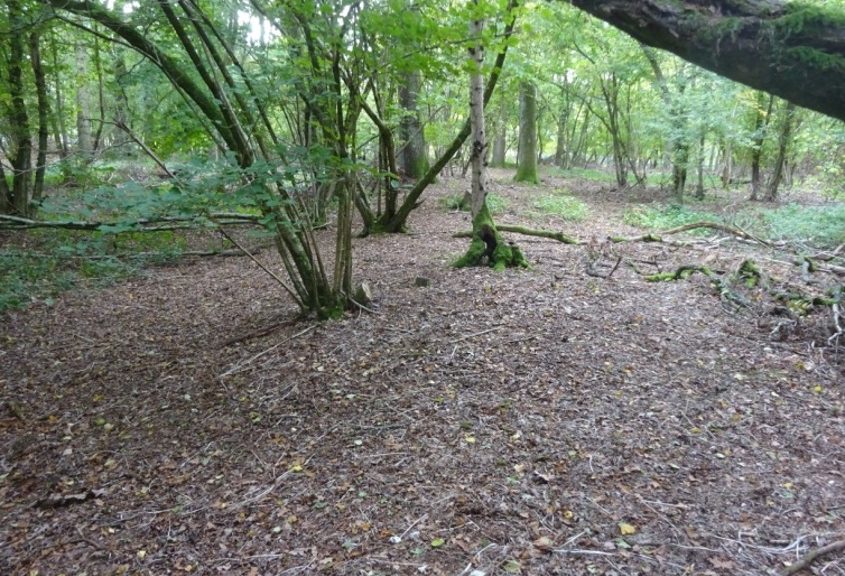 A talk by Keith Abbot, a BAS member, on Saturday 20th November 2021

Keith explained that his talk would summarise his contribution so far to the Society’s ‘Roman Berkshire Project II’, organised by the Study Group. The project gathers, collates, and analyses evidence about Roman Berkshire. Having joined the Study Group, Keith was assigned the Thatcham area. He looked at published accounts of local evidence and decided to walk around the area to see how things appeared on the ground.

Two striking features of the area are apparent near Wickham (north-west of Newbury). One is abundant evidence of Roman occupation: particularly a 700m by 100m linear settlement, apparently unplanned, along the line of a road. The other is the junction of two important Roman roads. Although the road layouts make clear that this junction must have existed, its precise location, intriguingly, has never been identified.

The roads in question are Ermin Street (Margary 41), running from Silchester to Newport via Cirencester, constructed not long after the conquest, as a military supply route for the legions in south Wales; and the road from Silchester to Bath (Margary 53), which probably carried predominantly administrative and commercial traffic, and was busy enough to support a 24-room stone-built mansio at Mildenhall (Cunetio). Since a temple at Bath is first referred to in AD 76, we may assume that the road to Bath was built c. AD 50 – 75.

In his quest for the road junction Keith searched for the exact local route of Ermin Street, for which several conjectures have been proposed. He found that plotting features logged in the Historic Environment Record (HER) was not decisive. Topographical evidence seems to suggest that the ridgetop followed by the modern B4000 might have been favoured by the Roman engineers, deviating from the straight-line route in order to avoid the gullies and spurs of the Lambourne valley. It is even possible that the ridgetop carried an ancient trackway: an Iron Age trackway pre-dating the Roman invasion by 100 years has been found near Shrewsbury, for example, comprising a metalled road 1.5m high by 6m wide. Thatcham could well have been the hub of a very old network of roads.

Not far from one of the conjectural Roman road-junctions the HER showed evidence of low-level early Roman dwellings, a settlement apparently abandoned until the late Roman period, when similar dwellings were built again. Here Keith found that a local landowner had a collection of Roman coins given to him over the years by metal detectorists. Some were found in the area of settlement, but others had been found scattered on farmland separated from the settlement site by an area of boggy ground. It seems likely that the widely scattered coins were distributed when rubbish tips were spread around during manuring.

Keith then decided on three tactics in the search for the road junction: (1) a geophysical survey; (2) a topographical survey; and (3) identification of a collection of coins, in the possession of the landowner, and found during a metal-detecting rally in 1990.

Avenues for future exploration start at Radley Farm (National Grid SU 375704, HER no MWB17613), which is the known location of the Bath road nearest to the junction with Ermin Street. A series of geophysical surveys are planned, over woodland, rarely ploughed pasture, and regularly ploughed fields, including the assumed route of the road up the slope from Radley Bottom to Stibbs Wood. Here an existing track makes a turn to avoid a steep scarp and the Roman road may have done the same. Field boundaries support that possibility. The conjectural straight line of the road marked on OS maps, on the other hand, runs through a boggy area and is therefore rather implausible.

The next phase of the geophysical survey will attempt to establish whether the Roman road to the east of Radley Farm turns towards the north in the Wickham direction, or continues undeviating in a straight line, or even perhaps turns towards the south in the direction of Stockcross. Discovering the alignment of the Bath road east of Radley Farm should reveal the location of its junction with Ermin Street.

Although decisive archaeological evidence of the road junction has not so far been found, Keith’s investigations brought two welcome surprises. The first was that in talking to the local farmer, Keith discovered that a relative of his was involved in the 1960s in an excavation of the Roman road. A report had been made of the excavation, and the farmer managed to supply a typewritten copy, which seems now to be unique. An enticing entry dated 2 March 1968 refers to a road 7.3m wide with ditches on either side and a surface of hand-packed flints. Keith intends to publish this long-forgotten report.

The second useful surprise was that the collection of Roman coins mentioned earlier in the talk was offered by the farmer to Keith for examination. It comprises nearly 130 coins, some in good condition (e.g., a nummus of Constantine II) but mostly in a poor state. Newbury Museum has been able to identify the coins, some of which are particularly interesting, for example the latest one, from AD 388–402, from the reign of the usurper Eugenius, lost within a few years of the departure of the Romans. Low denomination coins predominate, and 93 are definitely dated. About half of the collection come from identifiable mints, for example 10 from Trier in Germany, 14 from Lugdunum (Lyon), one from the ‘C-mint’ (thought probably to have been sited in Calleva) from the reign of Alectus, AD 293–6. In comparison with the mean date of coins recorded by the Portable Antiquities Scheme, the Wickham collection is skewed towards the late Roman period, especially from AD 330–378.

Given that very little modern development obscures the landscape in the Wickham area, Keith hopes to continue investigations with the following steps:

Keith has been inspired by this intriguing project and hopes that it will encourage other members to become involved in the Society’s work.