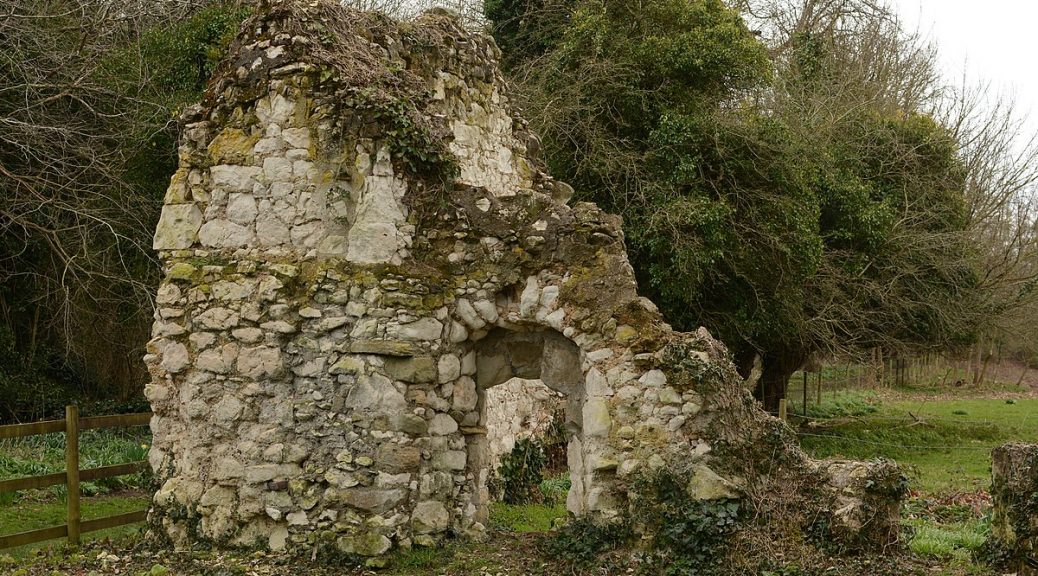 Ankerwycke Priory lies on the eastern bank of the River Thames opposite Runnymede on a site which is owned by the National Trust.  You can visit the site by driving to the car park in Magna Carta Lane, Wraysbury and following the signs.

Ankerwycke Priory was a Benedictine nunnery founded around AD 1160.  Originally a wooden structure this was replaced by buildings constructed of chalk blocks.  The buildings were not extensive as there were never more than 10 nuns housed there. In the surrounding area there were two fishponds, watercourses and ditches, a building platform and a probable water feature.  Excavations around the remains exposed chalk walls and tile floors in situand medieval and post medieval pottery.  The Ankerwycke Yew stands to the north of the ruins and may be 2000 years old.

From 13thto 28thJuly 2019, the Society partnered with the National Trust to carry out a geophysics survey of three fields around the Priory.