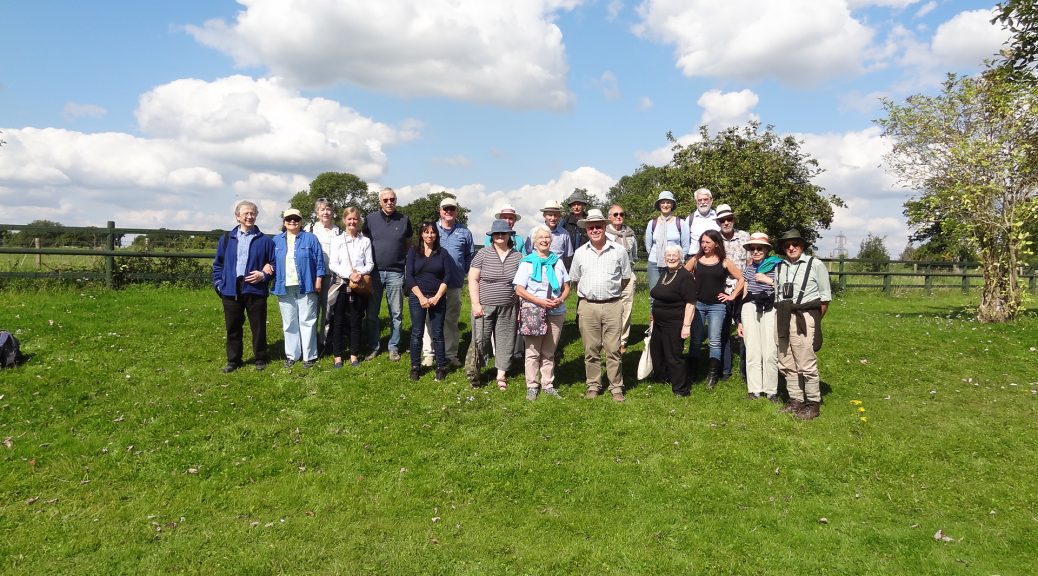 On a wonderful sunny afternoon, 28 members visited the excavation site of the Romano-Celtic temple in Insula XXX in Silchester.  Professor Mike Fulford gave the presentation and his interpretation of the history of the site. There were three temples originally, all contained within one tenemos (external wall) of which two were found by the Victorians, the third was found by Mike Fulford’s team. They date from the later part of the first century and were abandoned by AD 250. All were built in flint and masonry unlike other buildings of the time in the town which were constructed of wood, apart from the town baths. The temple being excavated had the common style of Roman-Celtic temples found in Britain, France and Germany. It was essentially two concentric squares formed by the ambulatory (a covered walk way) and the cella (a central tower). The temples were positioned close to the East gate carrying the road from London, so they could be seen by travellers arriving, who might wish to thank the gods for a safe journey. So far the finds have been a threshold stone worn by feet, an articulated cow and a horse’s head. The dates of the two animal remains have yet to be determined, in case they came from later centuries. The other major find is that of a grave, probably robbed, but could yet reveal some bones before the end of the dig. 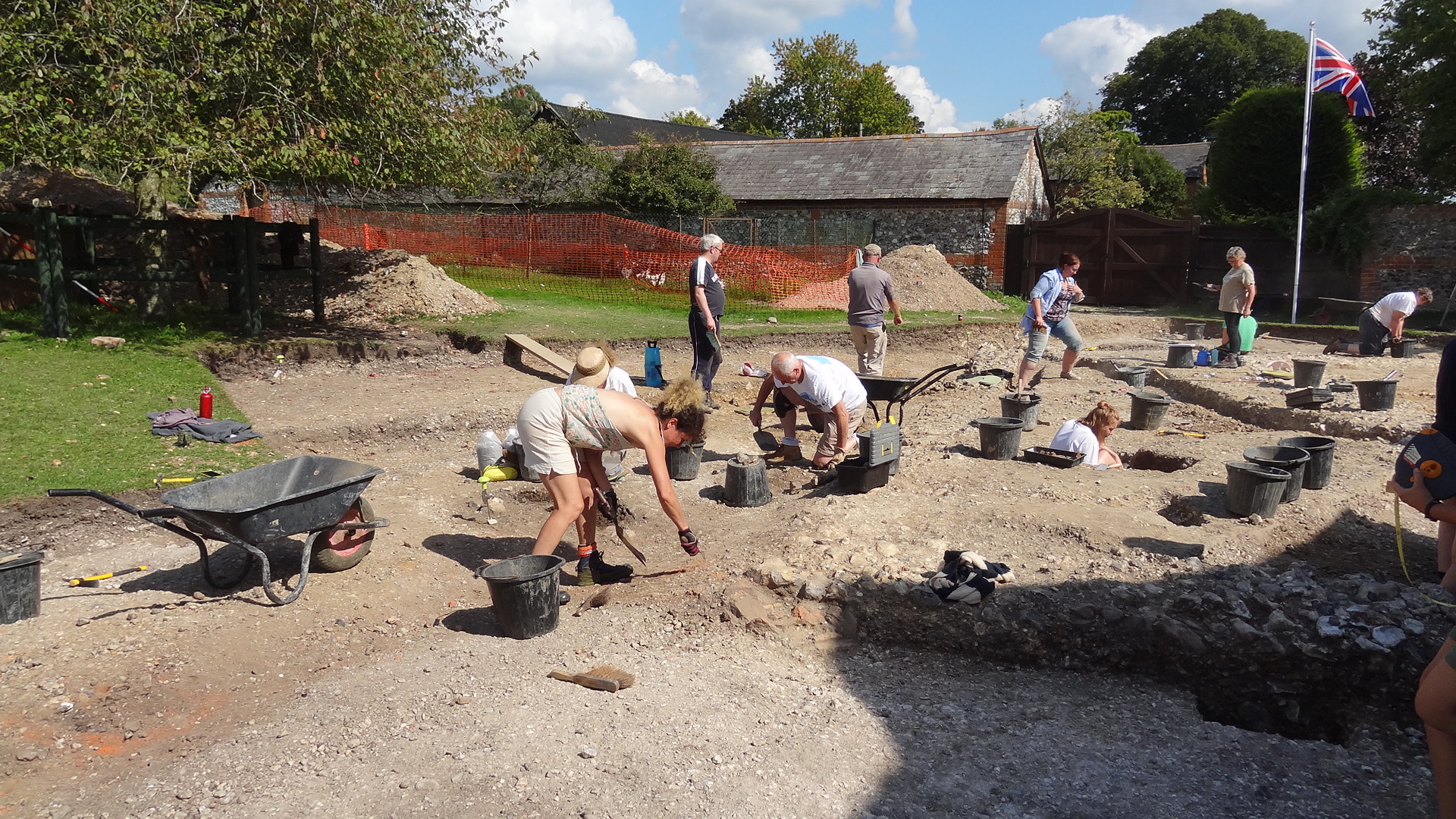 Following the temple talk, the group moved to Little London where the excavation on Nero’s brick and tile works was underway. Here a very large brick and tile production facility has been found full of rejected overfired or broken items. It was originally found in the 1920’s by the Reverend Carslake who found a Roman tile stamped with Nero’s name. (Nero reigned AD 54-68) The archaeology department have dated it to AD 40-60, which is shortly after the time of the Claudian invasion. We saw a remarkably well preserved kiln and stoke hole, but the stoke-hole arch and flue had collapsed. The way it worked was to burn wood in the furnace and let the heat rise through the raised oven floor and then out through the flue. It would have had a dome to retain the heat. One of Nero’s stamped tiles has been found and this makes a total of 14 along with those found in Silchester. The heat in the oven was so great that it formed vitrified glass up to 7cms deep. Surrounding the kiln were clay pits, rafts of charcoal raked–out, and ‘puddling’ pits in which to make the clay malleable. There is evidence for a palisade trench and Iron Age activities on the site. 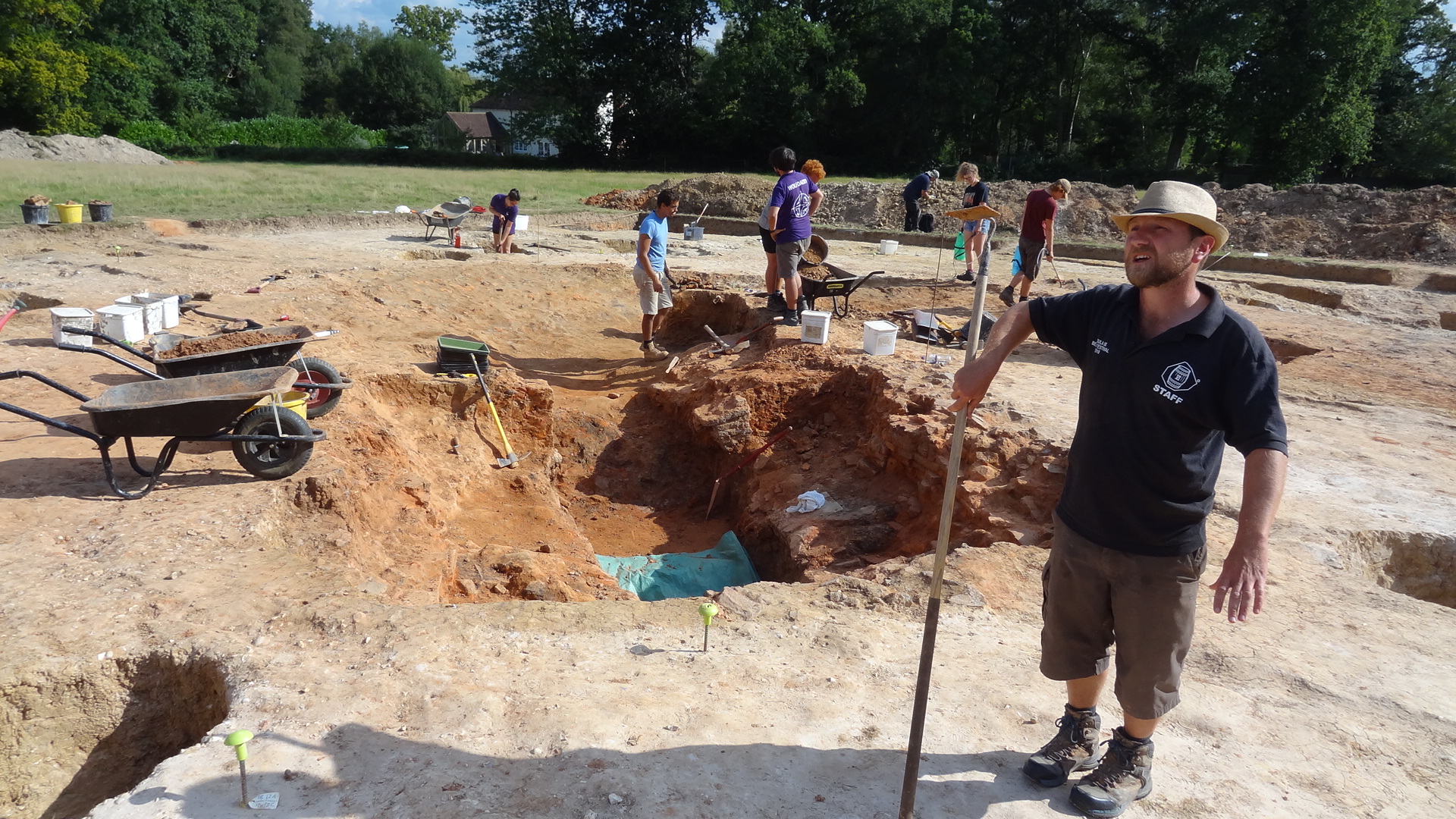