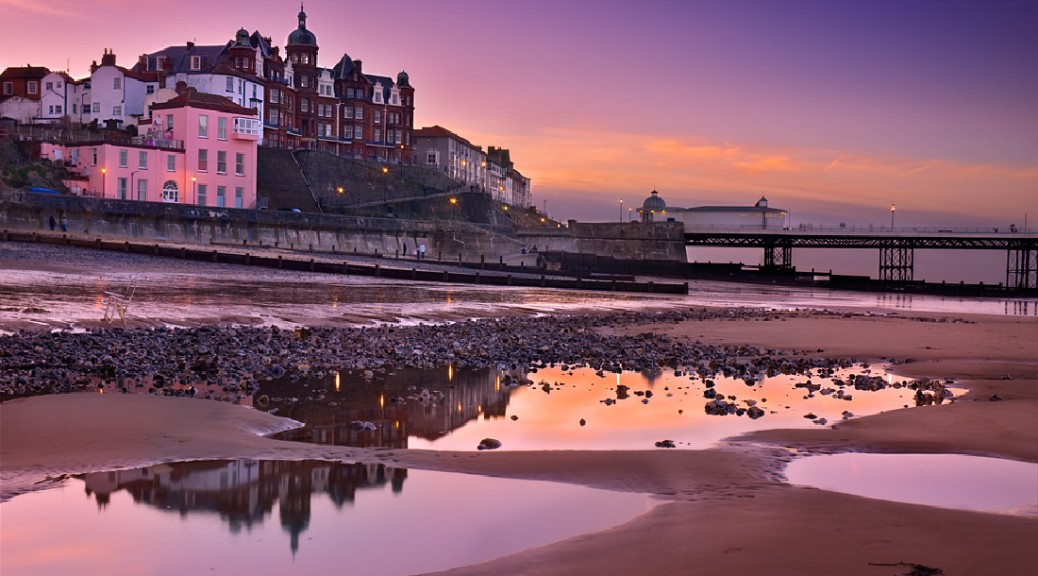 We took four days in late April, travelled nearly 700 miles and visited 10 places ranging  from a 400 year old grand house to a Neolithic flint mine. There were 36 people on this trip, staying at a Hotel in Cromer, a Grade 2 listed building right on the sea-front overlooking the pier. It was a three-star place but the food was good and location was excellent. The Tour was billed as Norfolk but it included sites in Cambridgeshire, Essex and Suffolk, as well as Norfolk. As usual most individual visits were not long enough to enjoy everything there but all visits provided enough of interest, including guided tours to whet the appetite for more.

It would be impossible to list highlights as people like different things but if any visit was too short at least people know where to go back to!

St. Andrews Church at Greensted with original stave church elements.  The guided tour detailed its history and pointed out features that might otherwise have been missed; 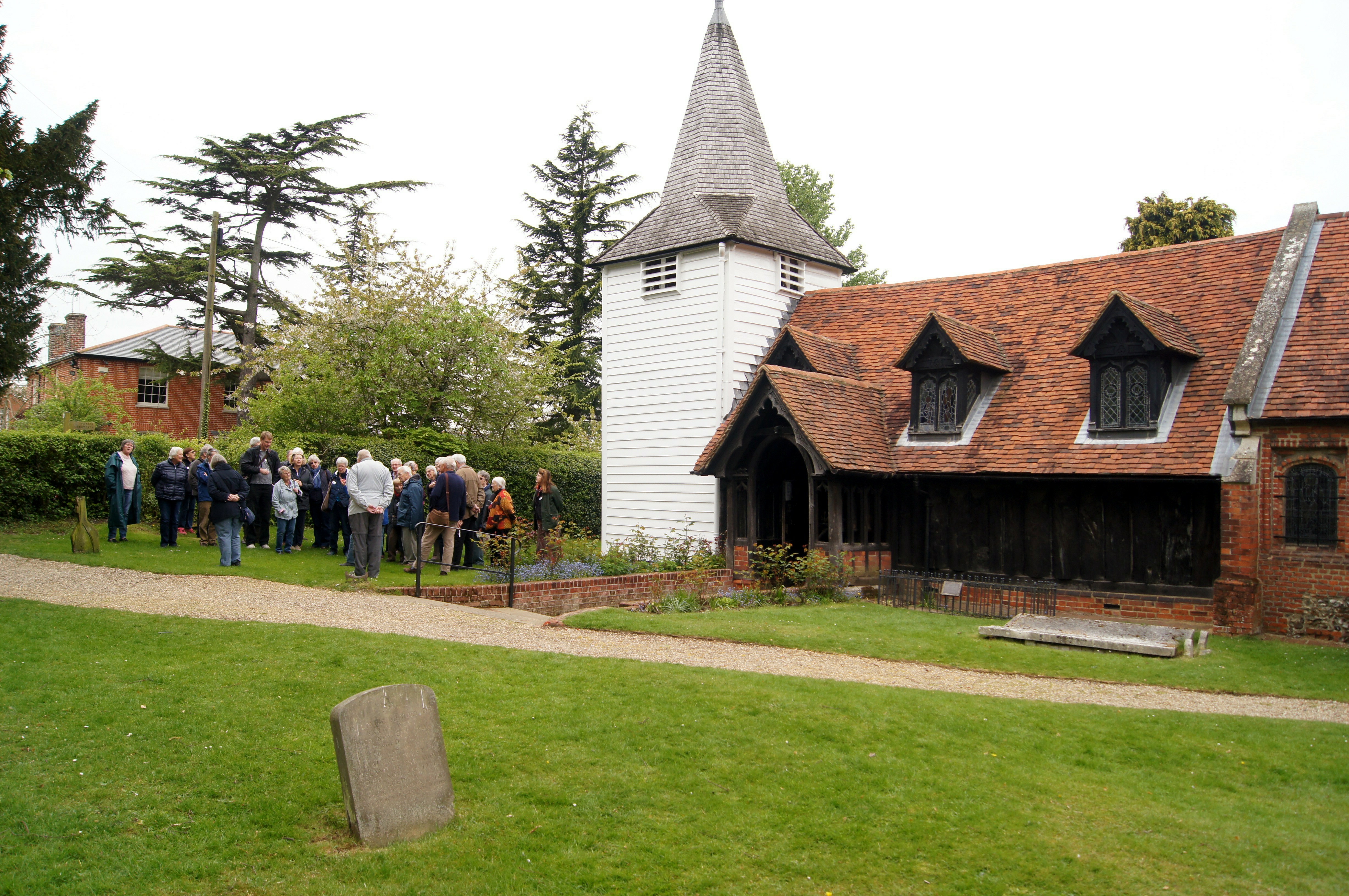 Audley End House –  17thC house with lots of appropriate furnishings and an amazing range of geological specimens and stuffed birds and also extensive and beautiful gardens;

Grimes Graves – not graves at all, but Neolithic flint mines, one of which is open to those who could descend a fixed ladder.  The landscape there is pock-marked with back-filled mines. 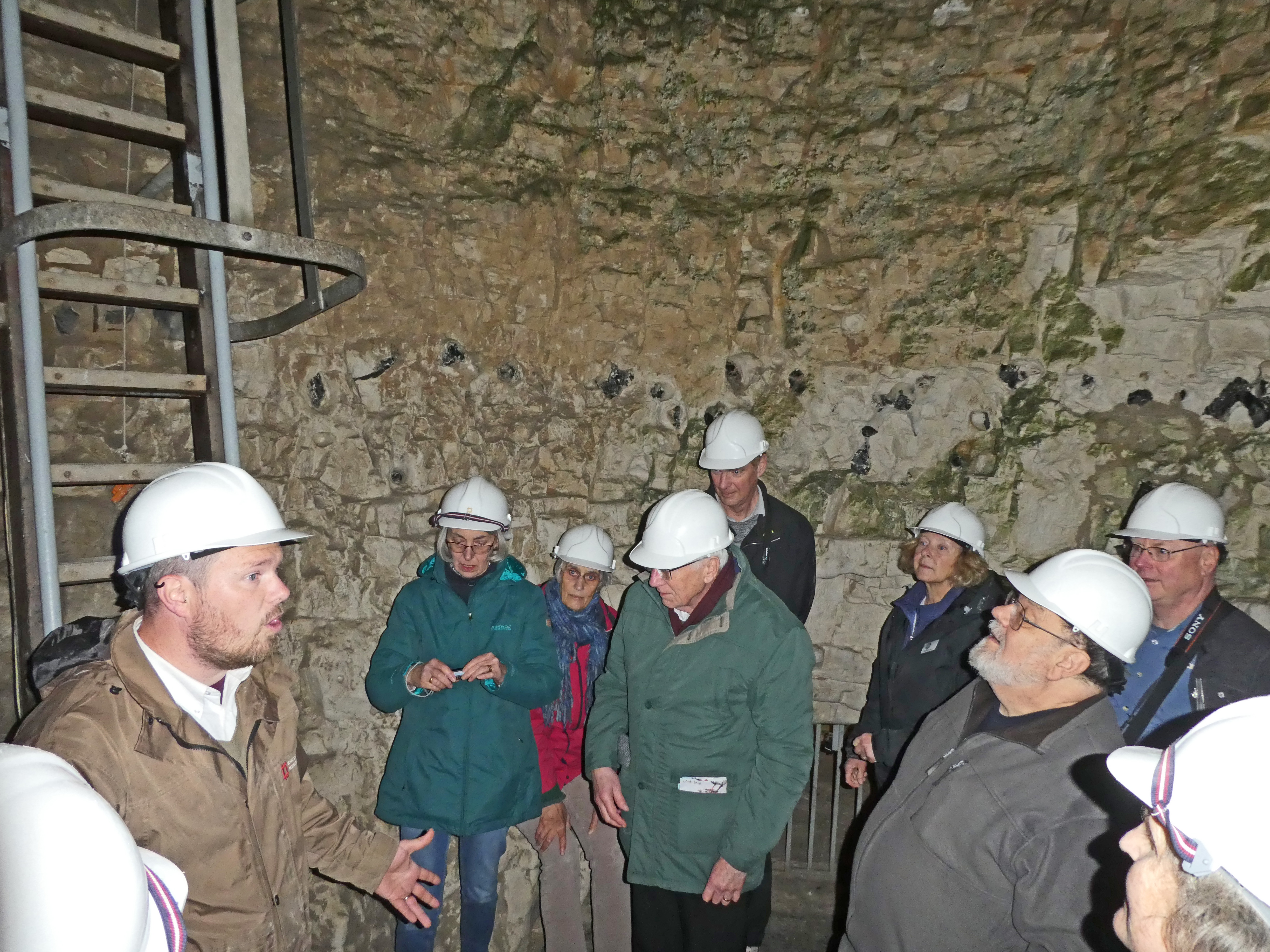 Kings Lynn town where we had a guided tour of the port area.  The town had grown rich in the 15th C on the wool trade and was a Hanseatic port. 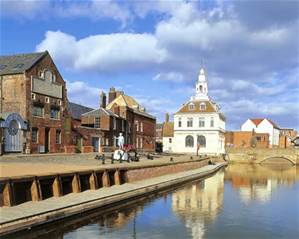 Norwich – where we had 2 ½ hours (not enough) to do what we wanted.  The castle was open, and was also a museum and art gallery.  There were lots of other places to visit too.

Flag Fen near Peterborough was an open-air museum with indoor parts too.  It is a bronze age site with a 1 km wooden causeway, originally Neolithic.  Must Farm is the small bronze-age village, built on stilts,  on another side of the same fen but which we couldn’t visit because it is now back in the hands of the quarrying company. However the dug-out boats from Must Farm are at Flag Fen Museum. 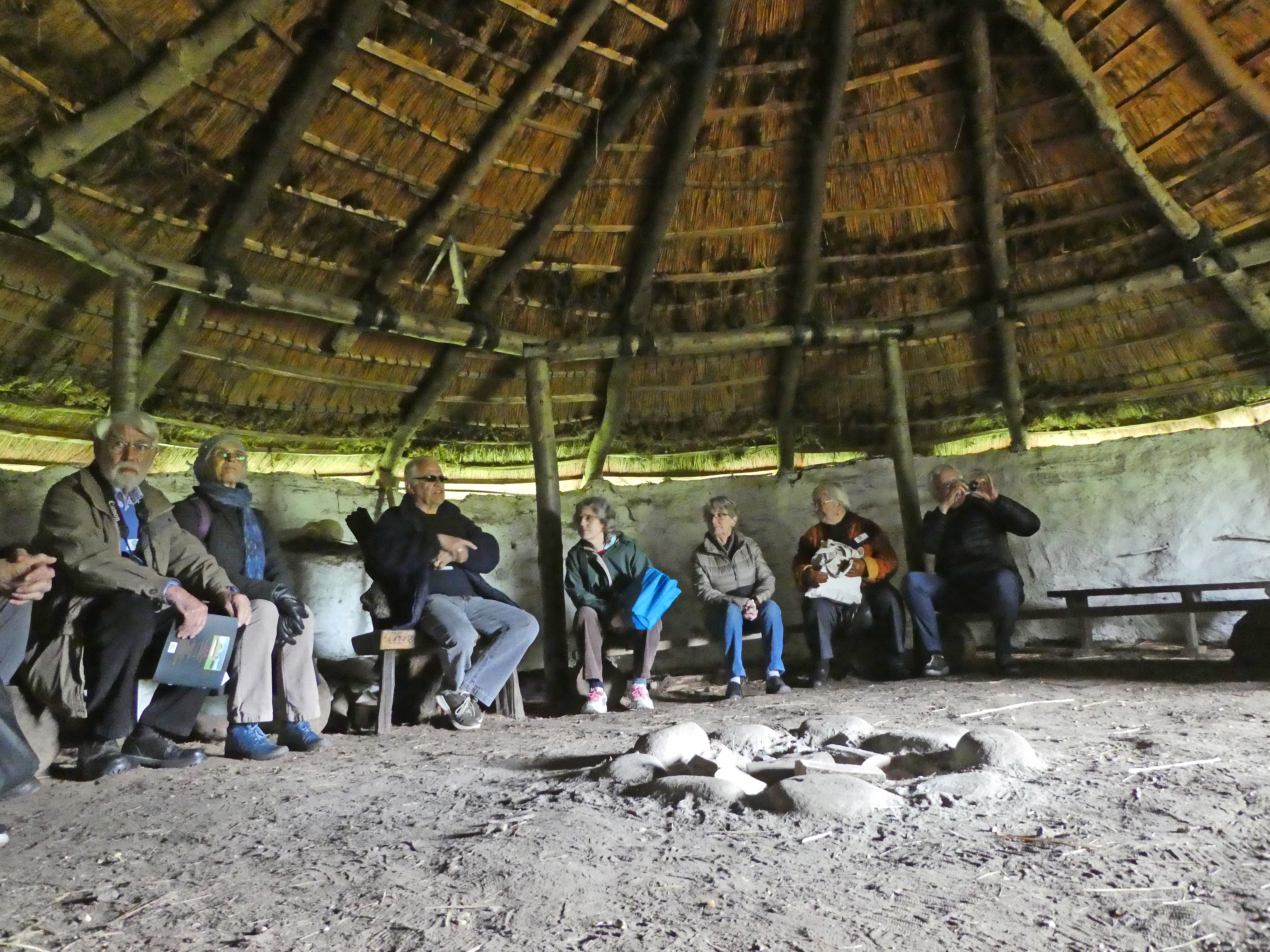 Castle Acre Priory (we took a wrong turning trying to find it so definitely didn’t have enough time there) – an extremely well preserved monastic site with much to see, including the Priors lodging which some of us had time to go inside.

Bury St. Edmunds where our Group had a choice of a guided walking tour of the old town and cathedral (in two small groups) or a guided tour of the Greene King brewery, with tasting.  There we had a buffet lunch before the last visit before getting back to Reading.

It is with regret that I am resigning as Tour Organiser.  I have found the job very rewarding and my only regret is that I haven’t spent enough time with the various participants – all excellent people and good company. I am extremely grateful for the support and help I have received from Barrie Randall and Vinny Knowles, also Griselda and Tony.