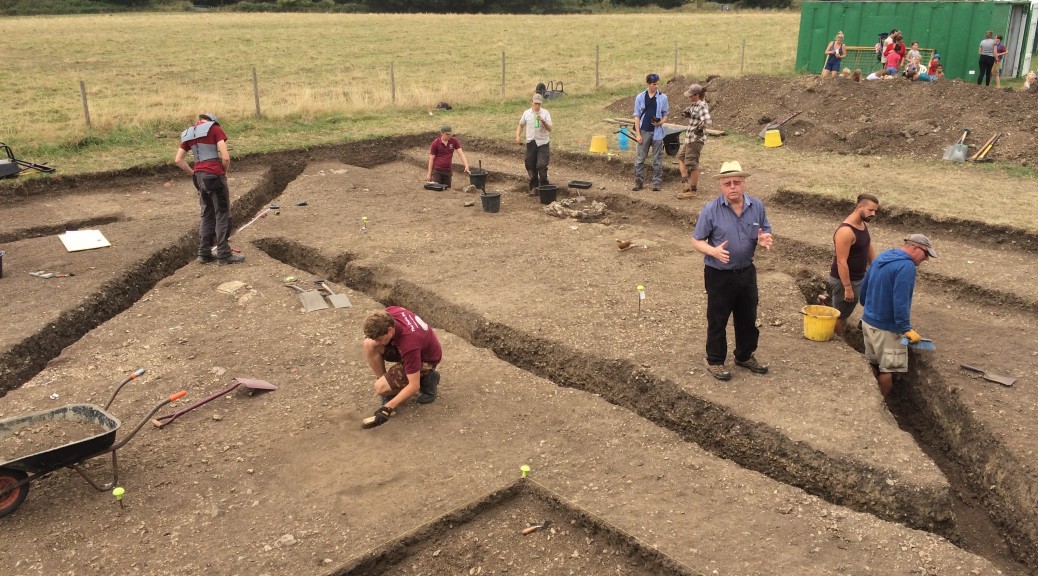 A group of BAS members gathered at Insula III in the Roman town of Silchester on Saturday 27 August for our annual update on the excavations. The discovery of reused high-quality building stone, such as Bath limestone and Purbeck marble, during the excavation of Insula IX suggested both the construction and demolition of at least one high-status building elsewhere in the town before the end of the 1st century AD. But where? The Victorian excavations in Insula III near the forum-basilica site had revealed the remains of a substantial early building which was described as a possible bath house, although the excavators did not appear to have been too confident about this interpretation. Therefore the ‘bath house’ was re-investigated during the 2013-14 University of Reading excavation seasons at Silchester, and found instead to be the remains of a large 1st-century town house which extended beyond the confines of the excavation trench (see BAS newsletter for Autumn 2014). Its association with Neronic stamped tiles raised the possibility that this may have been the residence of the client king of the Atrebates and that the building may have been subsidised by the emperor. Two further trenches were opened to the north-east and north-west of the earlier trench in 2015 and 2016 to explore the possible extent of this building, which at first had been thought to occupy the entire insula.

Subsequent excavations have been, to the casual onlooker at least, rather disappointing. We were shown around the site as usual by Mike Fulford, whose enthusiasm for gravel-filled foundation trenches of 3rd-century date did not quite make up for the absence of Cogidubnus’s palace. It appears that the impressive building remains in the south-east corner of the insula represented an unfinished project – the building did not extend much beyond the 2013-14 trench and was quickly demolished. Instead the insula became the site of road-side shops, cottage-type buildings, rubbish pits and a well. Nevertheless, the re-excavation of the Victorian trenches has enabled the stratigraphy to be re-examined, and a great deal of additional information about Insula III has been obtained. Not as exciting as a palace, perhaps, but probably more informative in general about Roman town life in Silchester. 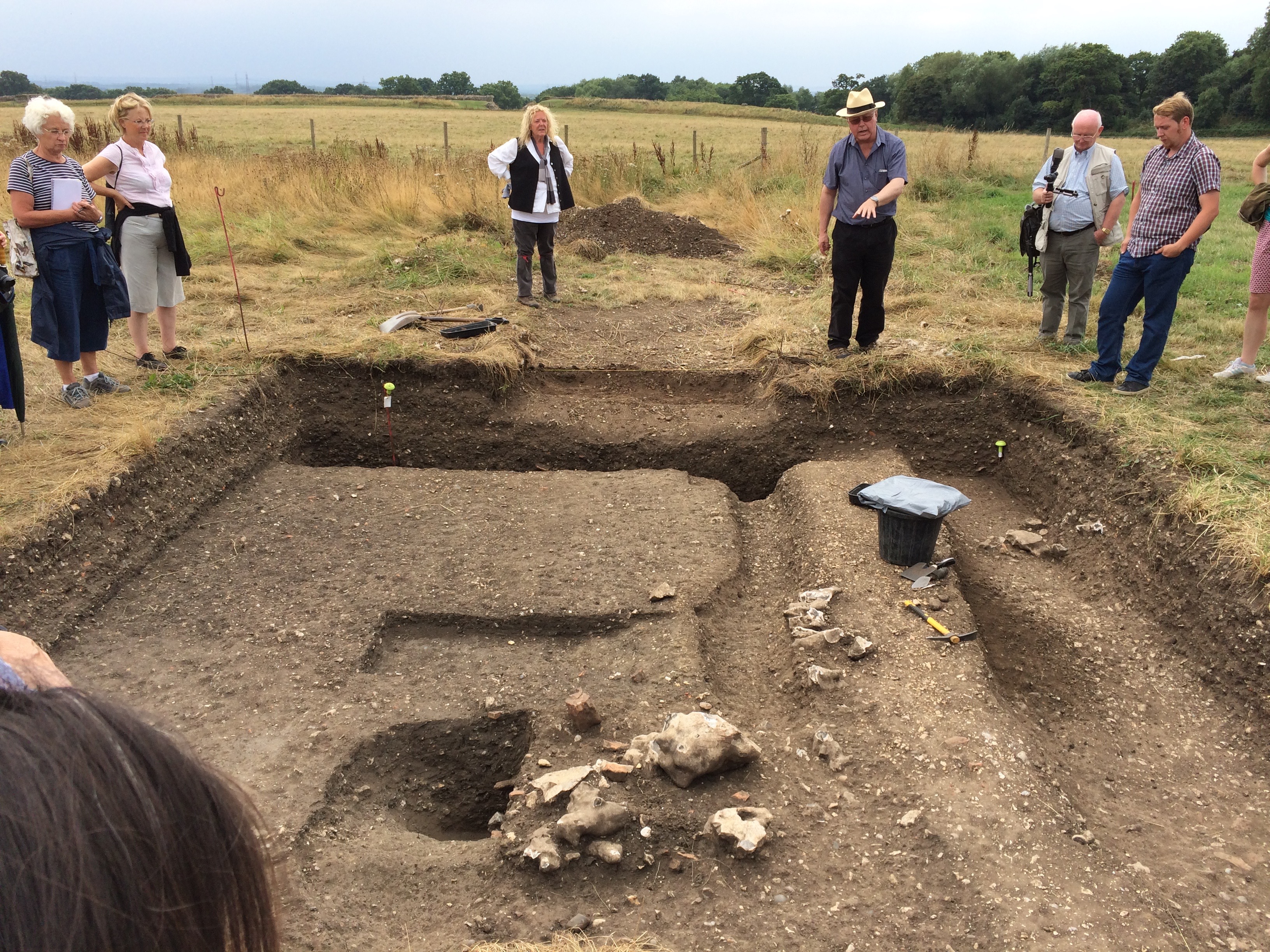 Our thanks are due to Trevor Coombs for arranging this visit for us. Next year the work at Silchester will concentrate on its surroundings rather than the town itself.