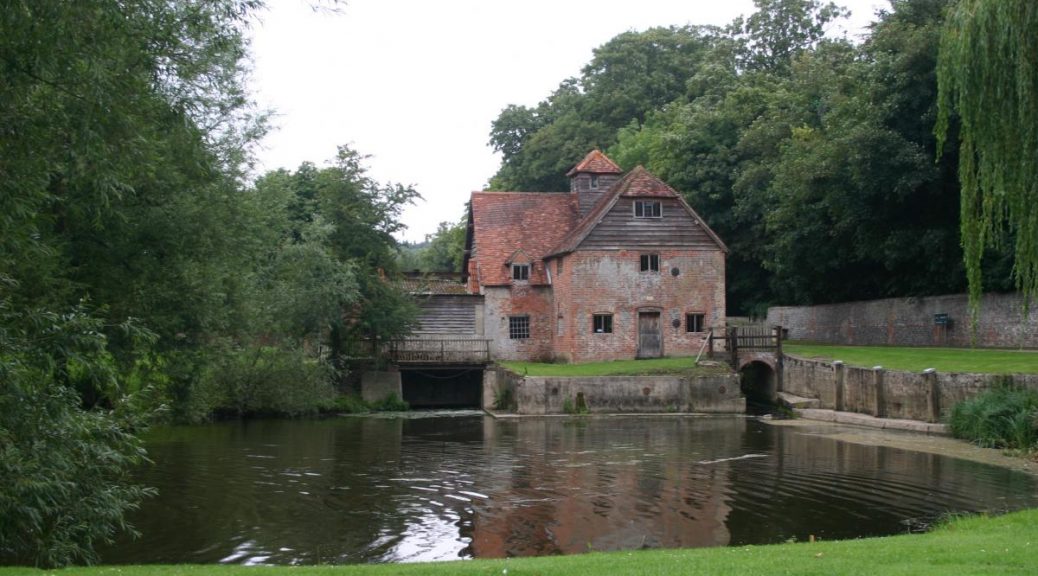 A lecture to the Berkshire Archaeological Society, 24 April 2021  by Mildred Cookson

Mildred Cookson began by mentioning her thirty years’ work for the Mapledurham water mill, and by describing the Mills Archive in Reading, which since 2002 has been a specialist resource for the documentary and pictorial history of mills in the United Kingdom. She added that most surviving mills in Berkshire are water mills. Their heyday came to an end around the time of the first world war, when new technology became too expensive for many small mills to install, and when many millworkers departed to fight and did not return. Another cause of the demise of many mills was fire, always a hazard, but more serious in modern times when throughput increased and bearings could overheat. Berkshire mills were used not only for milling cereals (corn and barley), but also for fulling, the manufacture of brick, whiting and paper, and for the processing of timber and cork.

Mildred went on to describe individual mills, starting with two in Reading.

The Abbey mill, like many mills of medieval origin, began as a monastic initiative, and produced flour for the abbey. In recent times it had two waterwheels, one wide and one narrower, and was owned by S.M. Soundy, who in 1904 built a four-storey mill over the medieval arches on the original site. This new mill, powered first by steam and later by electricity, was sold in 1960 and demolished in 1964. Some surviving medieval arches have been preserved.

St Giles Mill, near County Lock on the Kennet, was demolished in 1901 to make way for the Reading tramway depot. In the 1990s, just before the construction of the Oracle shopping centre, which was built over the site, archaeologists found a twelfth-century gear wheel from the medieval mill. It is an iron ring perforated around its side edges to provide for the insertion of wooden pegs, which protruded parallel to the axle connecting the water wheel to the gear wheel.  As the water wheel turned the gear on the axle, the pegs protruding from the gear wheel engaged with a lantern pinion on a second, vertical, axle connected to the millstone. In this way the rotary movement of the vertical water wheel could turn the horizontal millstone. A single wooden paddle from the medieval waterwheel was also found, with the smaller flat piece of timber (called a ‘start’) by which it was mounted on the wheel.

The remains of Arborfield mill are at the side of the Loddon on Reading University’s Hall Farm, next to the original St Bartholomew’s church (now derelict). Originally a corn mill, this was by 1953 a paper mill using cam-operated wooden hammers to break down the fibres in linen and cotton rags (the raw materials of high-quality paper), which when mixed with water formed a pulp which could be dried in sheets. Some of the paper produced there was used to make banknotes.

Bucklebury barn mill was a barn fitted with a small water wheel. It was badly damaged by fire c.1960 but the two millstones survived, and it is now in working order.

Burghfield mill on the Kennet was owned c.1880 by James Dewe, producing 1000 sacks of flour per year.

Calcot mill was damaged by fire in 1966 though the remains of the wheel survive.

Caversham mill, mentioned in the Domesday Book, was in 1481 used as a fulling mill as well as for corn. In 1677 it was converted to mill pearl barley. By 1854 it had reverted to corn. In 1914 Mr Soundy of the Abbey mill installed new machinery there and subsequently took the lease. In 1934 it was in use by British Metal Powders milling aluminium as an ingredient in paint, producing flammable powder which on one occasion caused an explosion which blew the roof off. Later the mill processed cork from Portugal and Spain to make sheets and boards. It was demolished in 2012.

Kintbury mill was a flour mill. Whiting edge-runners (vertical millstones) for grinding chalk have been found in the grounds.

Mapledurham mill, dating from 1626 and extended in the eighteenth century, had two waterwheels, one of which was replaced successively by a turbine (1955), after fire damage to it, and by an Archimedean screw (2012). Over the centuries it has been used for milling grain both from the Mapledurham estate and delivered from London by barge; also for wire-pulling and as a sawmill. It now generates electricity for Mapledurham House and the national grid. During the installation of the screw, the millpond was drained, revealing numerous formerly submerged iron tools and fastenings, as well as an early revetment to the bank consisting of timber stakes, many tipped with metal. Graffiti have been found from 1768 and 1891 (etc.) in the mill’s brick walls.

In photographs of Sonning mill from c.1940 grain can be seen being delivered by lorry into a cellar, from which it was lifted by bucket elevator to be milled at high level by cast-iron rollers with fine grooves. This process sorted the grain into its components such as bran and semolina. The mill is now a theatre.

In the nineteenth century Robert Stone, of Pangbourne mill, was on good terms with his colleague Hopgood at Mapledurham mill, often visiting him there, and on occasion dressing his millstones, receiving in return gear wheels made by Hopgood.

Streatley and Swallowfield mills were destroyed by fire and not rebuilt.

Twyford mill was at different times used for paper, silk, flour, and brewing. It burned down c.1890.