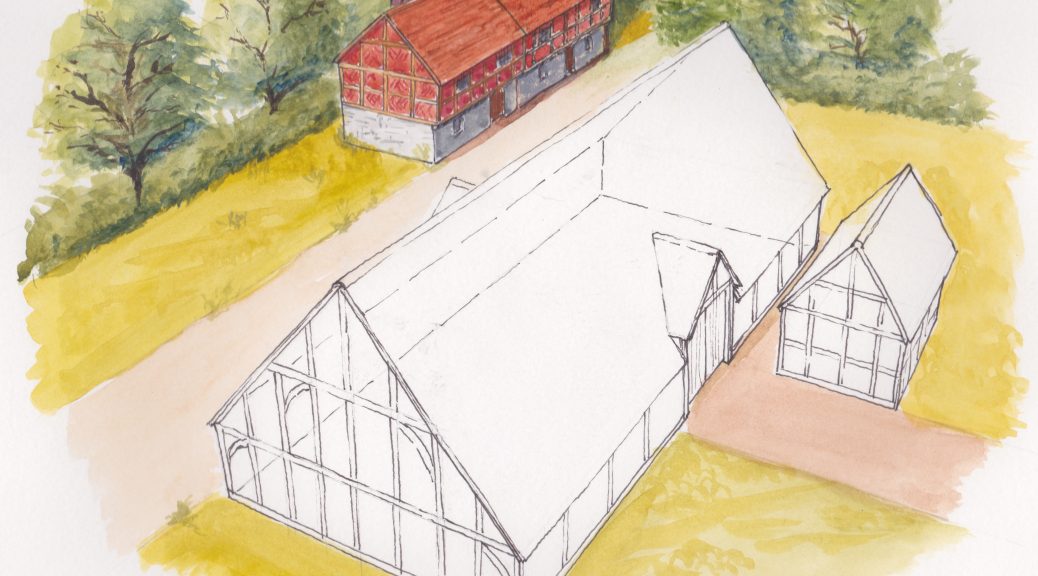 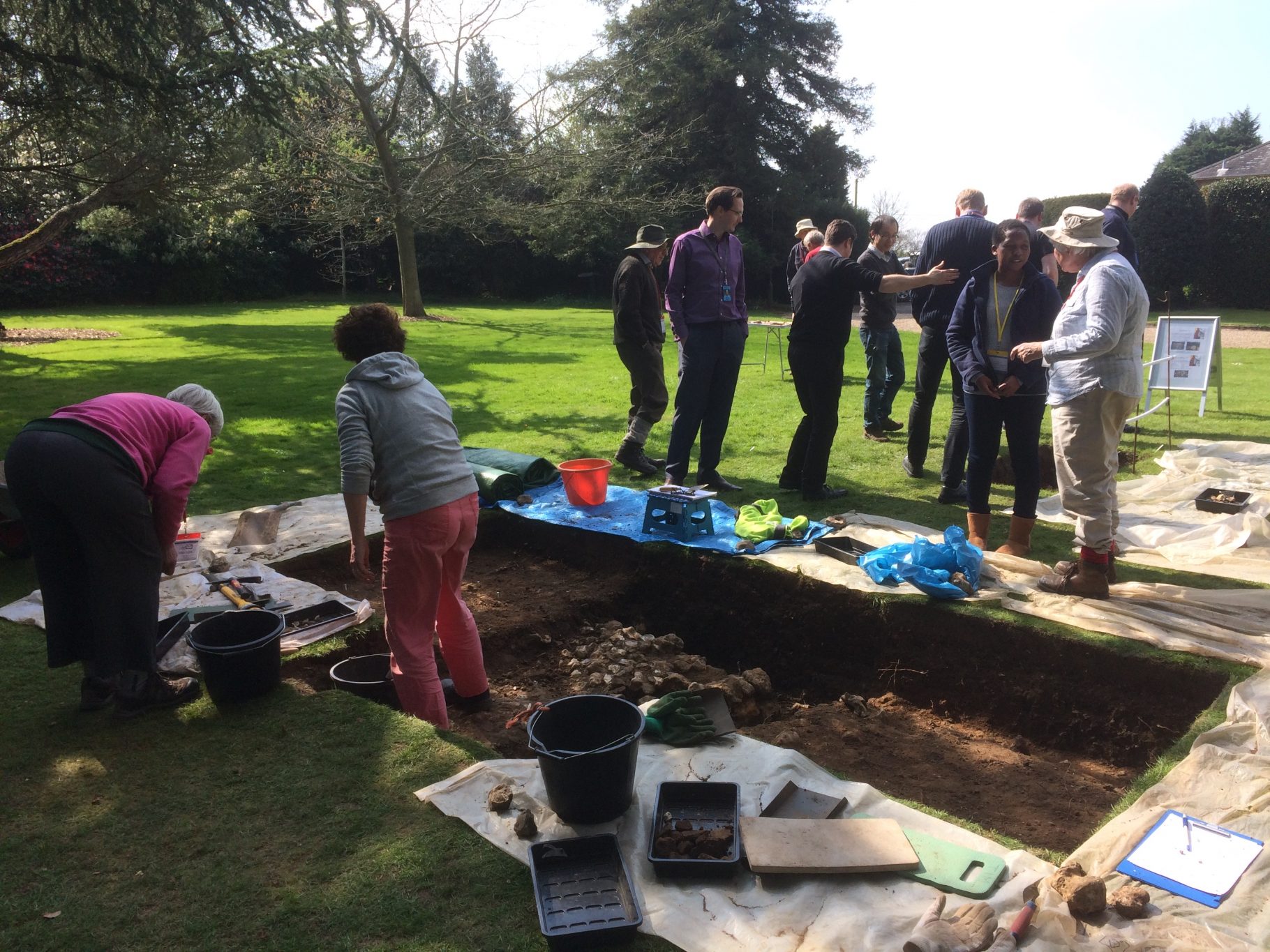 The first year of interest was in 2013, when geophysics revealed, anomalies beneath the front lawn of the main house.  The excavations have been an annual event from 2014 up to 2017. 7 trenches have been excavated revealing the past history of this area around the house in Sonning Common.

The site is situated on property owned by Johnson Matthey, and is their technology centre premises. July 2017, marks the 200 years of trading by the Johnson Matthey Company. Berkshire Archaeological Society were invited to give a presentation to the centre on the 19th July explaining the archaeology finds and interpretations of the historical background of the grounds.

Nigel Spencer gave a talk on the growth and development of the house and its occupants, from its early jettied style construction to its present Georgian facade as it is today.

The overall comments and feedback from the audience members of the technology centre was very encouraging and people seemed to be very interested in the work and results the society had achieved.