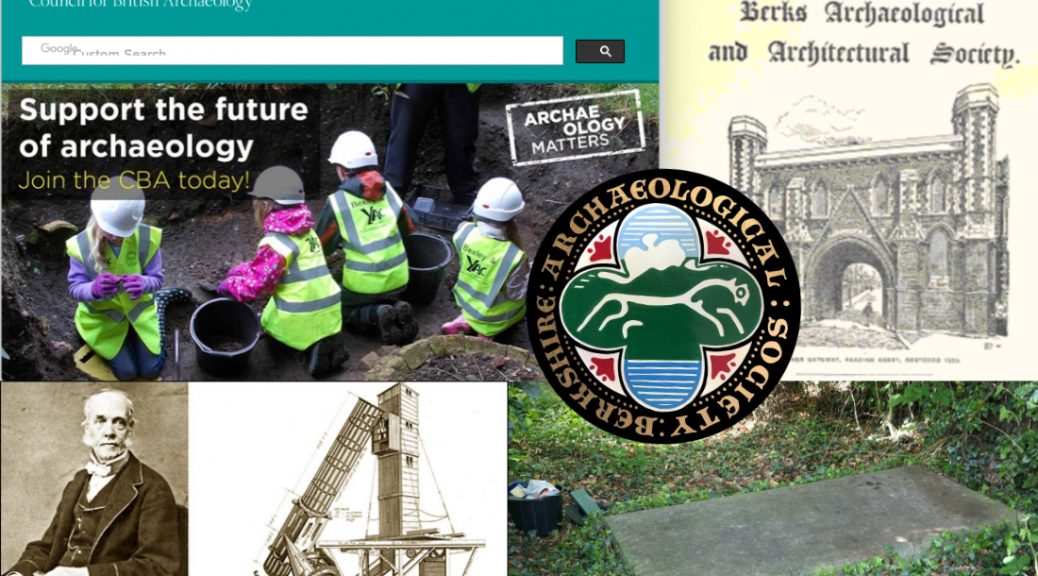 The Council for British Archaeology: celebrating 75 years of the CBA, past, present and future, by Sue Dormer

The CBA was founded in 1944 as an independent champion for archaeology in Britain, to safeguard the nation’s heritage in the post-war period. In 1949 it received its first grant from the Government and subsequent highlights in its career include the establishment of British Archaeological Awards in 1976, which are held every two years with a ceremony at the British Museum, and the Day (later Festival) of Archaeology in 1990, which is marked by special events held across the UK organised and hosted by different heritage organisations. The first issue of the magazine British Archaeologyappeared in 1995.

It has three major objectives: to increase public awareness of British archaeology, to enhance the stewardship of same, and to increase the range and diversity of public involvement.  The CBA took over the organisation and running of the Young Archaeologists Club (YAC) in 1972, which is run by volunteers and has 70 branches providing a network of local groups enabling young people aged between 8 and 17 to get involved in archaeological activities. It also helped to found the Institute of Field Archaeologists (IFA) in 1983. It has eleven regional groups, including CBA Wessex and CBA South Midlands that cover ‘old’ Berkshire, which run their own activities and publications. In addition, the CBA plays a statutory role in listed buildings casework whereby all local planning authorities must notify the CBA of any listed building consent that involves the loss of historic fabric. The Home Front Legacy project ran from 2014-18 and enabled members of the public to record and map some 5660 WW1 sites across the country. The CBA also aims to protect and enhance the historic environment through advocacy and regular meetings are held with the minister responsible for heritage. In 2005 it established its strapline: ‘Archaeology for all’.

The world of British archaeology is threatened not only by Brexit but also by a shortage of professional archaeologists.  Government funding ceased last year but the CBA is determined to continue its work and is looking for partnerships elsewhere. For more information about the CBA, visit www.britarch.ac.uk.

Observatories and other monuments of astronomers in Berkshire, by Kenelm England.

Possibly the earliest monument of astronomical significance in ‘old’ Berkshire is the White Horse at Uffington: the midwinter sun just passes over the top of Whitehorse Hill when it is viewed from the direction of the horse to the north. Eppillus, a Roman client king of the Atrebates, issued a coin with a depiction of Capricorn on the reverse, and another with a possible representation of the crescent moon and the Pleiades, which mark the spring equinox. The inhabitants of Roman Silchester would have experienced a total eclipse of the sun on 6 May 319, although no contemporary account of this event in Britain has survived. Comets were recorded in 837 and 1066 at St Mary’s Abbey at Abingdon, and the latter famously features on the Bayeux Tapestry. Richard of Wallingford (1292-1336) designed and built an astronomical clock at St Albans, but this was destroyed in the 1530s. An unusual18th century sundial can still be seen on St Lawrence’s church in Reading.

Astronomers with a Berkshire connection include John Blagrave (1561-1611), who was a mathematician and designer of astronomical instruments, including an advanced astrolabe; he is buried at St Lawrence’s in Reading. Sir Paul Neile (1613-1686) was one of the founding members of the Royal Society. He built an observatory at White Waltham and a 35-foot long telescope with a 2-inch lens, which was then the largest in the British Isles. This was replaced by a 50-foot telescope. One of the earliest observations of Saturn’s moon Titan was made from White Waltham.

In the 18th century, the astronomer and composer William Herschel (1738-1822) built the largest telescope in the world at Slough in 1774; his home, Observatory House, was replaced by an office block in 1963. He made a special study of double stars, discovered the planet Uranus and pioneered the use of astronomical spectrophotometry. William Lassell (1799-1880) was born in Bolton, Lancashire, and made his fortune as a brewer. This enabled him to indulge his passion for astronomy. He named his house near Liverpool ‘Starfield’ and built an observatory with a 24-inch mirror reflector telescope with which he discovered Triton, the largest moon of Neptune. He then moved to Malta for better viewing conditions and built a 48-inch telescope in 1855, which at that time was the best telescope in the world. After several years in Malta he moved to Ray Lodge near Maidenhead Bridge and built a 24-inch reflector telescope there. He died in Maidenhead and is buried at St Luke’s church.  The remains of his observatory have survived.

The Revd John Mackenzie Bacon (1846-1904) was an astronomer and balloonist. He was an ‘eclipse-chaser’ and made some of the earliest attempts to film a total solar eclipse. He succeeded on his third attempt in North Carolina in May 1900: this film has been restored and can be found online. Thomas Hinsley Astbury (1858-1922) was a school teacher in Wallingford by day and an astronomer at night. His special interests were meteorites and variable stars and he discovered the bright Cepheid variable, RT Aurigae. A brass plaque to his memory was unveiled at his school in 1924 by the then Astronomer Royal, Sir Frank Dyson. Other Berkshire astronomers included George Dunn (1864-1912), whose interests also included forestry, horology and antiquarian books, who built an observatory at his home in Littlewick Green, and Peter Birtwhistle, who in 2002 established and still runs the Great Shefford Observatory (www.birtwhistle.org.uk).

The history of the BAS logo, by Tim Lloyd

The colourful BAS logo, with its iconic White Horse in a green landscape set within a quatrefoil and surrounded by the Society’s name in white Gothic script within a black ring, with four stylised red fleur-de-lys (or possibly just tracery infill) on a yellow background to fill the gaps, is familiar to all BAS members and is displayed on all Society posters, leaflets, newsletter and other publications. It would appear to epitomise the history of the Society.

BAS was founded in 1871 as the Berkshire Archaeological and Architectural Society. The first emblem used to represent the Society appears to have been a drawing of Reading Abbey Gateway, which appeared on the journal cover in 1893. The Society owned this building at the time and used it for meetings. It was restored in 1861 by Sir Gilbert Scott but by 1925 it required further repairs and was handed back to Reading Council.

The earliest representation of the present logo was found by Tim in 1943. It was not possible to trace the origin of the design and the significance of the quatrefoil is uncertain. The White Horse (which since 1974 lies in Oxfordshire) is shown against the background of Whitehorse Hill, with a white cloud against blue sky above and horizontal lines representing a river at the bottom. In1960 the logo was simplified to include just the White Horse in a green oval and as such was published on the journal cover. To mark the Queen’s Golden Jubilee in 2002, Edna Goodburn donated the Society’s plaque showing the full logo and this is displayed at every meeting. Since then the full logo was readopted by the Society and the Berkshire Archaeological Journal now sports the simplified logo on the front cover and the full logo on the back.

It has to be admitted that the present logo is out of date and the green landscape does not work well with the green banner headings used on posters and the BAS Newsheet. Tim has searched the archives looking for images to replace the White Horse, only to conclude that it is the only image specific to the Society’s area, even if it is now located in Oxfordshire. He has tried to simplify the logo, by using plain triangles in place of the fleur-de-lys, and replacing the Gothic script with Times New Roman (which some might argue is equally archaic). He showed several examples that he had drawn, but the final choice remains to be made.