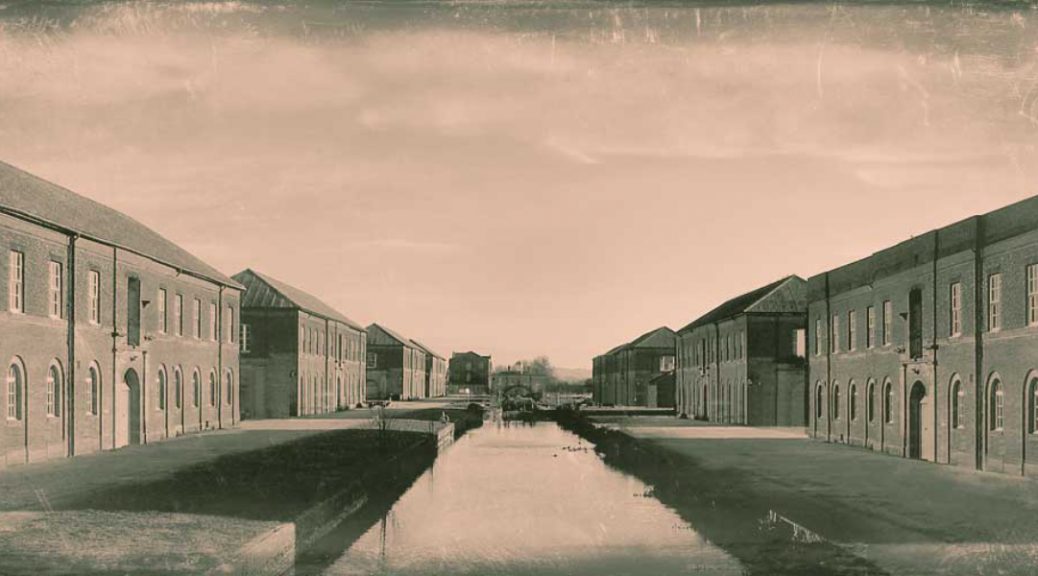 Alan briefly explained the background to the excavations being carried out at High Wood near Harpsden, Henley, which is being run as a SOAG-backed project with help of volunteers from all over, including BAS. The site is currently in woodland and has suffered severe damage from looters in the past. Interest in the site began some 40 years ago when the Henley Archaeological and Historical Group decided to excavate a mysterious mound in the wood, thought at the time to be a windmill mound since it was once adjacent to ‘Windmill Field’ as shown on old maps. Instead they found, in Alan’s words, ‘a do-it-yourself Roman villa kit’ containing one metric tonne of CBM, 2237 pottery fragments, 1016 pieces of wall plaster, seven worn coins and much else besides. The mature beech crowning the mound is at least 180 years old, suggesting that the mound may possibly represent the spoil heap of an antiquarian dig carried out in the early 19th century.

The current excavation programme began in 2015 with an exploratory trench that produced a ‘cache’ of late 20th century plastic carrier bags, presumably left by looters, containing mostly potsherds but also some ferrous lumps that proved to be Roman chain mail. A series of test pits produced a corner of a heavily-mortared wall. Subsequent dig seasons in 2016, 2017 and 2018 have revealed an extensive site with two well-built parallel walls running east to west just north of and at right angles to the other (cross) wall and enclosing at least two rooms, one with a cobbled surface and the other with a mortar floor. This building has been dated to the 4th century on CBM evidence and it overlies a late Iron Age/early Roman pit. The cross wall appears to be on a higher level and thus later than the 4th century walls, but this remains to be confirmed.  This year a furnace was excavated, with great difficulty since a tree had pushed its roots through the softer infill, beneath the mortar floor of the north-east room; analysis suggests that this was a roasting pit for iron ore. At this point the south wall was relatively flimsy compared to the north wall, and it is considered possible that this part of the building was a lean-to construction against the well-built enclosure wall. The walls were followed by test pitting and another, unfloored, room containing a lump of slag and two iron billets but no furnace, was found at the north-west corner of the complex.

The north-east corner appears to be underneath the public footpath that runs along the east side of the site (and which has provided SOAG with 19 new members to date!), making the north enclosure wall some 50m long. Further test pitting has revealed a possible south-west corner, suggesting a rectilinear enclosure approximately 50 x 40m in extent surrounding a complex of buildings. The nature of these buildings has not yet been determined and so far no villa or farmhouse has been identified. Work at this enigmatic site is scheduled to continue.

Catherine described a surprising survival from the Napoleonic era in the heart of Northamptonshire: a military ordnance depot close to the A5 (Watling Street) and the Grand Union Canal. The depot was established as part of the British anti-invasion preparations and the buildings were erected between 1805 and 1806. Eight identical large (160 x 30 ft) storehouses were built on either side of a branch of the canal and were accessed by a gatehouse across the canal with a portcullis, which still survives along with part of its raising mechanism. The upper floors were used for storing small arms and the ground floors for field artillery, manufactured in Birmingham.

In a separate precinct at the end of the canal branch four gunpowder magazines were separated by narrow ‘blast houses’ containing earth to act as barriers in the event of an accidental explosion. The canal has now been partially filled in. Amazingly, all the buildings are still standing and are listed Grade II. The depot became redundant in 1965 and was sold by the Ministry of Defence in 1984.  The buildings are now used as light industrial units. The site is subject to fly-tipping, and the buildings are sadly in need of restoration. Recently volunteers have established a small visitors centre (currently open Wednesday to Saturday from 10 to 4) and a museum which explains the history of the site.

Elsewhere in Weedon Bec there was a barracks (demolished in the 1950s) holding a standing battalion plus a troop of cavalry and horse artillery, three large ‘pavilions’ (demolished in the 1960s) which provided accommodation for the senior officers of the depot, and the army School of Equitation (also swept away in the 1960s). All in all, a rather ignoble end for what was once the central arms depot for the British Army.

The elite buildings of Silchester

Andrew is particularly interested in the politics and economics of Roman Berkshire, and how changes in the government changed people’s lives. Government was imposed by the Roman authorities and the local Romano-British elite, and there seems to have been a marked change between the early (AD 75-250) and late (AD 250-400) Roman periods. The challenge is to discover how this change is reflected in the archaeology, and this challenge was taken up by the BAS Study Group, led by Andrew.

One approach has been to investigate the town plan and buildings of Silchester. The first major excavations at Silchester were carried out by the Society of Antiquaries between 1890 and 1909 and resulted in the well-known town plan drawn by Henry Hodges in 1909 which essentially represented later Roman Silchester during the 3rd and 4th centuries. Using the reports of the Society of Antiquaries, George Boon’s seminal book (Silchester: the Roman town of Calleva, published in 1974), Mike Fulford’s many reports on his work at Silchester, and a recent survey by John Creighton and Robert Fry (Silchester: changing visions of a Roman town. Integrating geophysics and archaeology – the results of the Silchester Mapping Project 2005-2010, published in 2016 with the data archive available online via ADS), it has been possible to explore changes from early to late Roman Silchester in relation to changes in governance.

After the Roman invasion the leader of the Atrebates, Cogidubnus, began to construct a Roman Silchester along the original Iron Age street grid: this is shown by the position of the first wooden forum basilica and that of the baths, which were built at the same time during the time of Cogidubnus and where recent excavations yielded a Nero stamped tile dated to c.AD 60 (see the report on the BAS visit to the Silchester bath excavations in the Autumn 2018 newsletter). The town did not then extend beyond the inner Iron Age earthwork bank, which had not been recognised before it was mapped by Creighton and Fry. The temples were established at this time and some shops were built on the baths alignment, while agricultural barns and granaries existed in the south-west quarter of the town. After the death of Cogidubnus, the Roman street grid was superimposed on the earlier one. The forum basilica was first replaced by a Flavian timber version and then by a Hadrianic stone-built one. A mansio was built. The extensive street grid was then truncated by the town walls, constructed inside the outer earthwork. Elite houses were built towards the north-west sector and the wall was extended around these. In the later Roman period there is evidence to show that the elite were running businesses, the forum basilica was rebuilt and redeployed, and the mansio went out of use. These changes are the result of the changing interactions between the Roman authorities and the Romano-British elite.