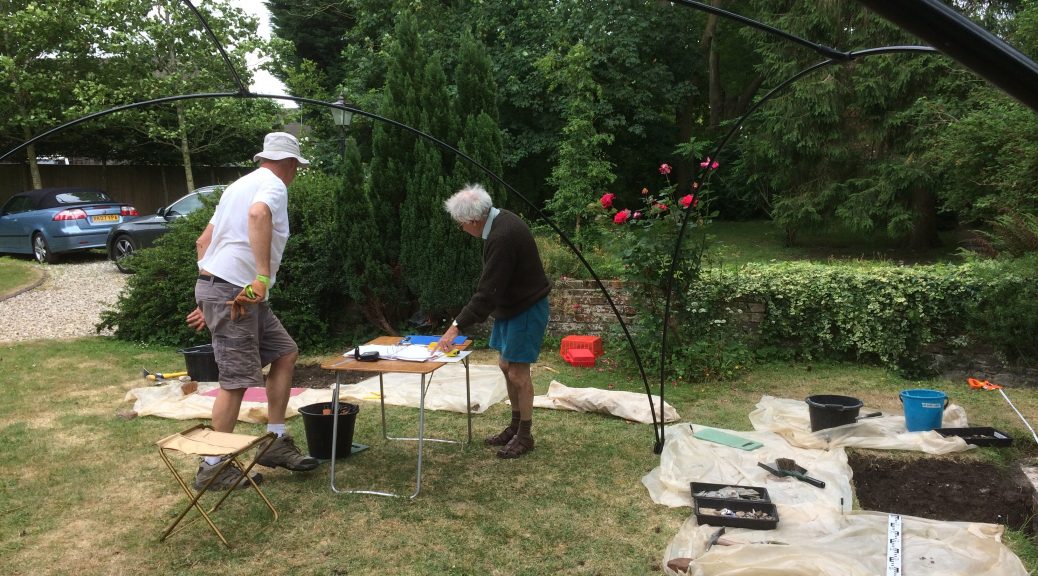 Trevor Coombs and Andrew Hutt have been involved with a site in Cholsey which may have been the site of one of the three Cholsey mills referred to Domesday.  The site is currently occupied by a house which started as a Medieval hall house, had a chimney and first floor added to it and has brick walls dating to Georgian times. Last December Martin Labram and Andrew carried out a resistivity survey of the garden to the east of the house and identified a number of anomalies (see the dark areas in the image below). 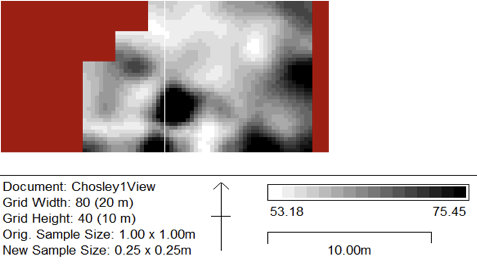 On 5th May, Trevor and Andrew met the owner who invited us to excavate some of these anomalies in the two weeks 19th to 30th June.