Lectures given to BAS on Saturday 10th December 2016

The Neolithic in Malta – The Temple Culture
by Janet Ridout Sharpe

Malta is famous for its megalithic temples which have long been considered unique, although some of their features suggest a deep-seated connection with Neolithic Western Europe. The first temples were constructed around 3500 BC and appear to have originated as above-ground versions of lobe-shaped rock-cut chambers that were used for collective and disarticulated burials. A typical temple plan consists of a short entrance passage leading to two semi-circular side apses, a second passage leading to a second pair of side apses, and a terminal apse. The trilithon entrance is in the centre of a slightly concave facade and the overall plan resembles the burial chambers of the West Kennet long barrow. 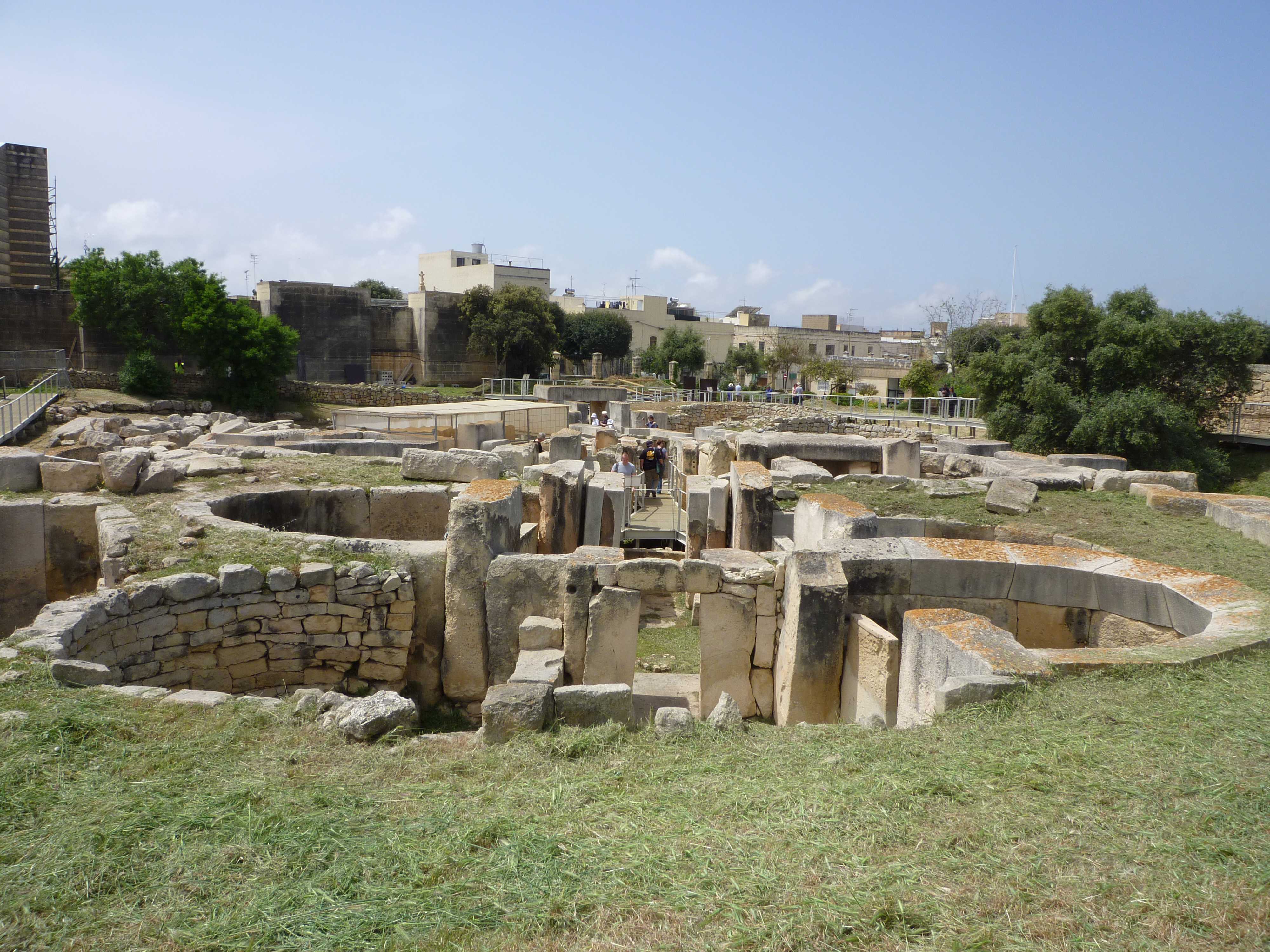 Rear view of a temple at Tarxien, Malta; the grass covers the rubble-filled area between the inner and outer walls.

Although the temples themselves were not used for burials they probably served for the performance of rituals that bound the community together, much as the rituals thought to have been held in the forecourts of Neolithic burial complexes elsewhere. The inner chambers were surrounded by a massive external wall of orthostats topped with horizontal ashlars, with the space between filled with rubble. Sometimes one or more additional temples were built adjacent to the first and the external wall was then remodelled to enclose them all. The survival of fine spiral and geometric carvings in some of the temples suggests that they were originally roofed, and although none of the temples survives to its original height traces remain to indicate that the roofs were corbelled in a similar way to those of the Newgrange and Maes Howe passage graves in far-distant Ireland and Orkney respectively. 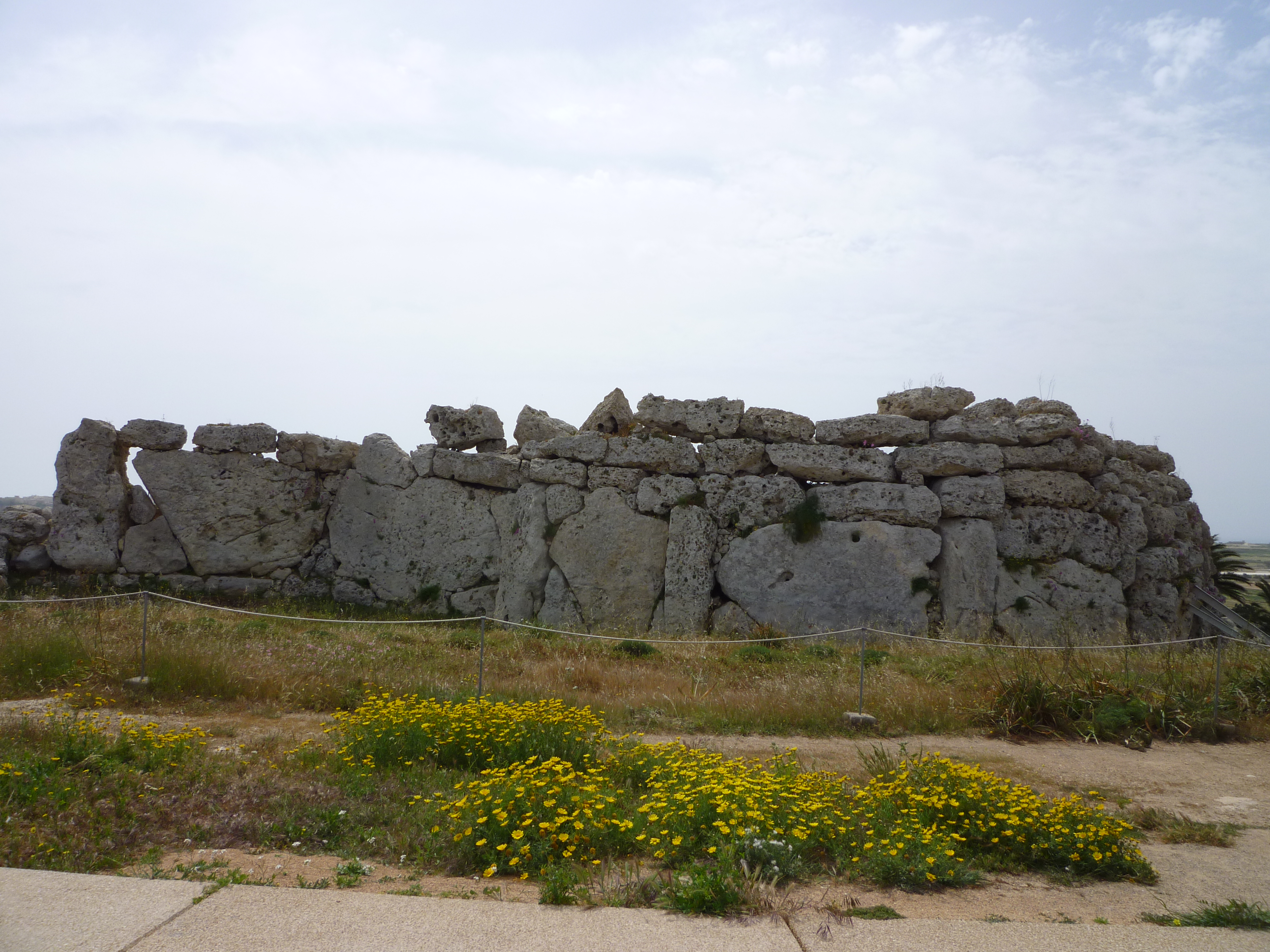 The rear outer wall of the Ggantija temples on Gozo

The Neolithic in Orkney – The Ness of Brodgar
by Anne Harrison
It was only in 2003 that the first inklings of the wonders of the Ness of Brodgar were first discovered. Since then the Ness has developed into an internationally renowned excavation, attracting archaeologists annually from wide and far to take part in the dig.  To quote the guide book ‘ This was a place of pivotal importance to the Neolithic people who lived in the more modest settlements that we find scattered across Orkney.  It was the heart of their world’. 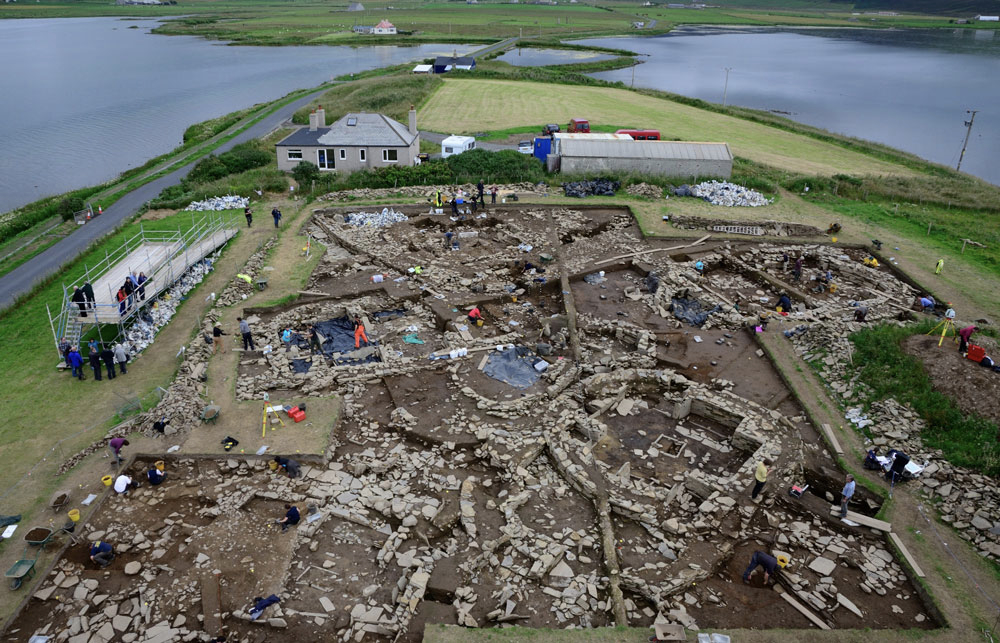 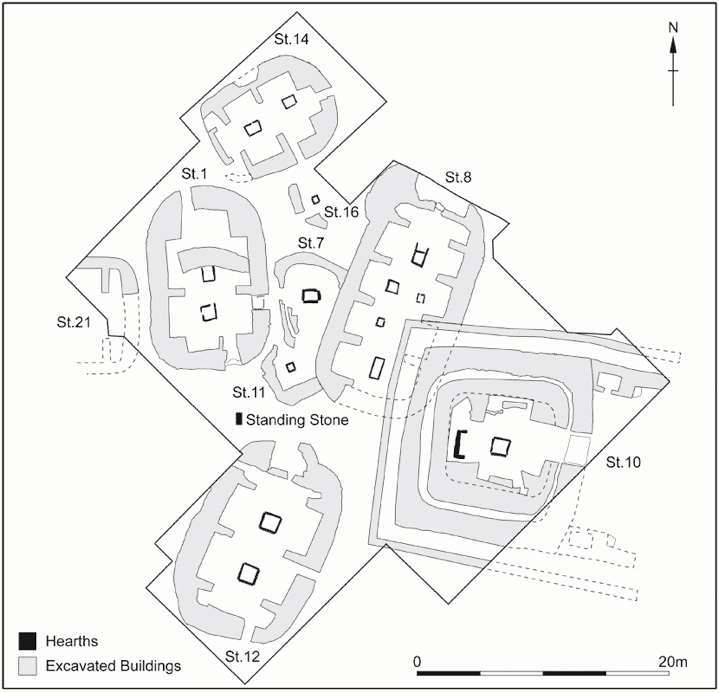 Plan of site showing numbered structures overlapping each other as the site was created and redeveloped. 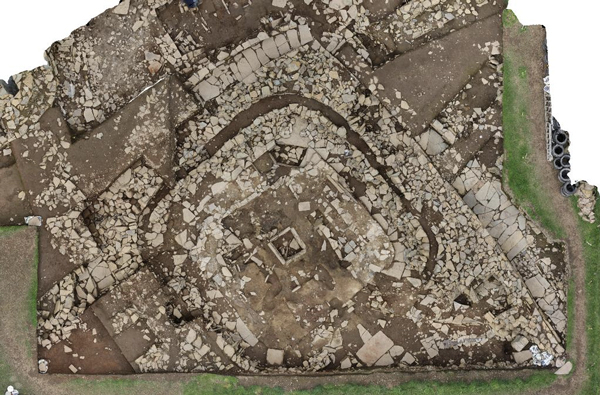 The largest building, known as Structure 10, is enormous:  25m long by 19 across with 4 m thick walls. Standing stones guard the entrance, free-standing dressers line the walls, decorated stone and little pots containing pigment – not a domestic building. Built around 2900 BCE; used to 2400BCE then decommissioned with an enormous feast – 100s of cattle slaughtered and their bones placed in the passageway. 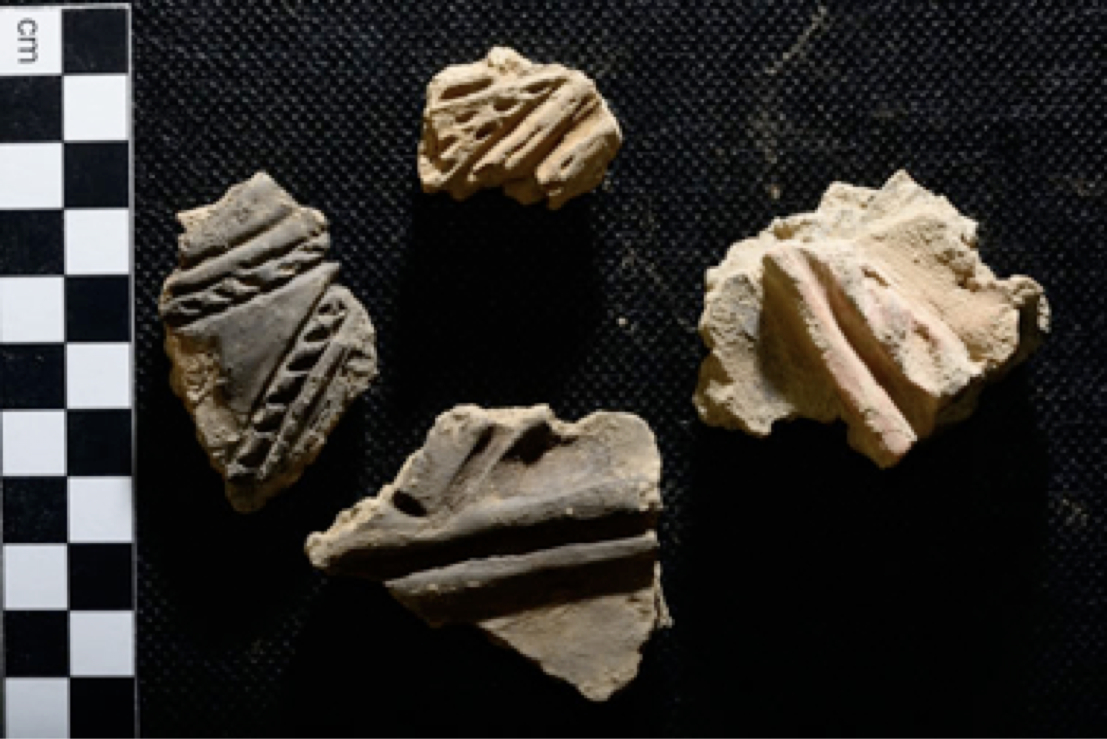 The oldest dates for Grooved Ware are from Orkney.  It was first made here 3100 BCE and spread outwards. Archaeological theory had assumed GW in Britain was imported from the Continent. It is common in Stonehenge, Durrington Walls and Marden, 2nd century BCE. 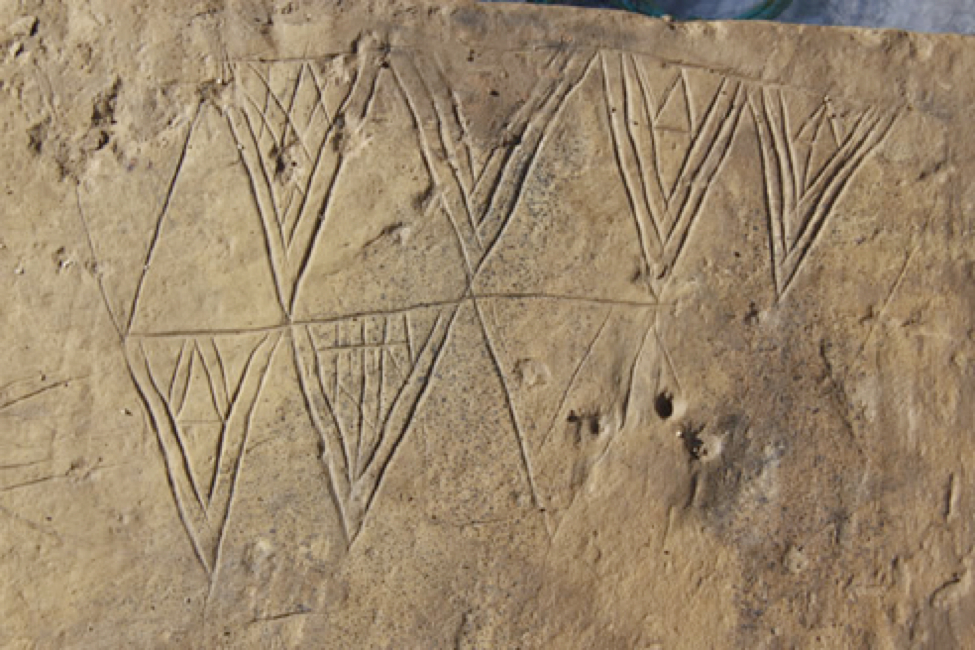 The site is also remarkable for the carved decorations found on faces and edges of stones.

Neolithic and Roman sites in Western France
by Andrew Hutt
The Loire Valley and Brittany have a rich archaeology.  The sites presented in this talk included the Roman civitas capitals at Le Mans, Tours and Vannes, the Neolithic site at Carnac and lots of timber framed buildings. 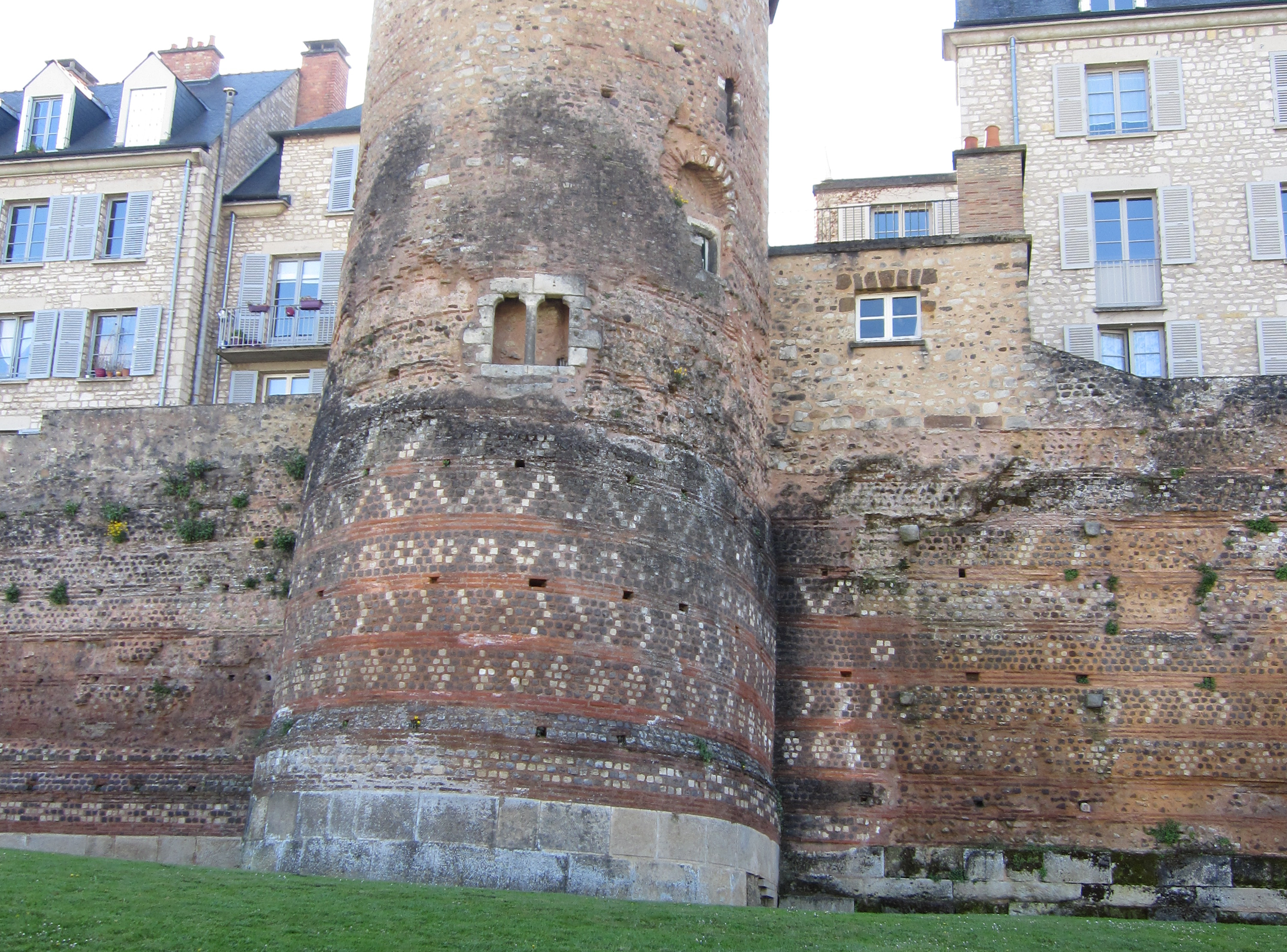 photo of the Le Mans Roman walls by Andrew Hutt

How important was the role of religious space in the military order sites in the Latin Kingdom.
by John Sargent
John talked about how the castles of the military orders took on the identity of a monastery. By way of example, the c.1186 castle of Margat in the County of Antioch, (western Syria), owes it claustral layout to Cistercian ideas about  the arrangement of buildings. 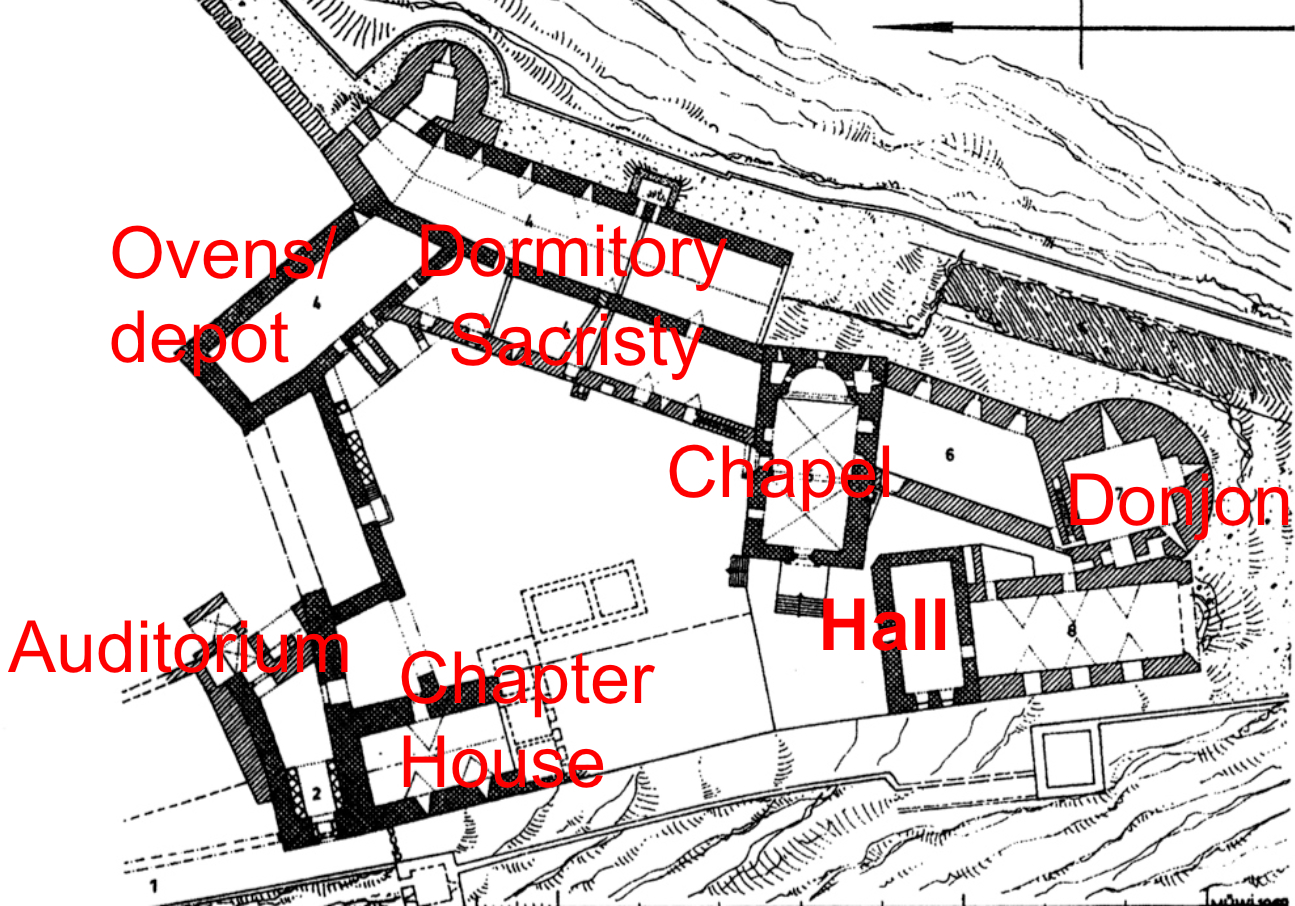