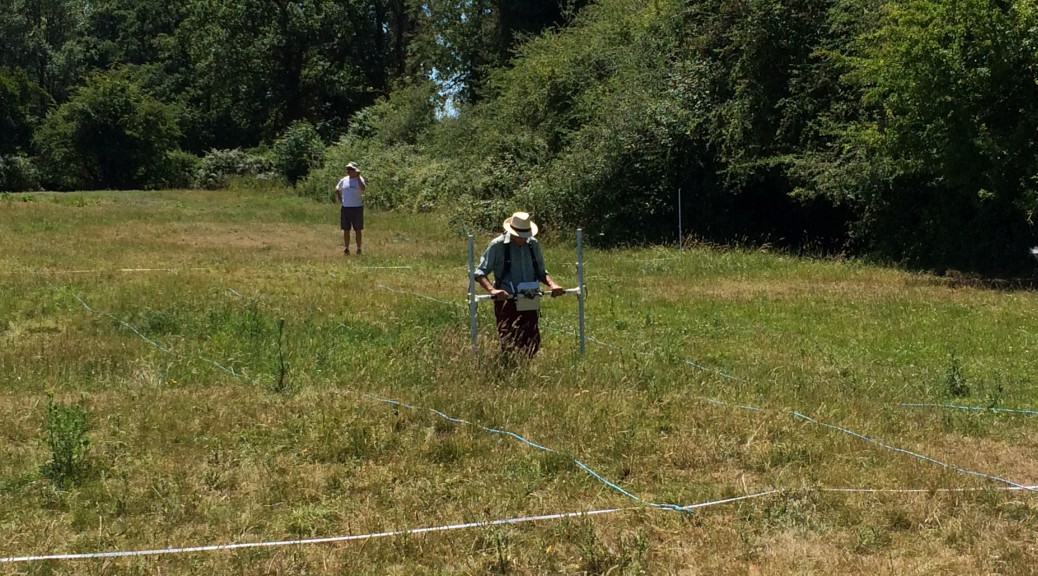 Last year the Society carried out a geophysics and topographical survey of the suspected site of La Hyde to the east of Sulham Lane between Pangbourne and Purley on Thames and several members of the Society enjoyed a walk round the site and lunch in the pub at Tidmarsh.

Following on from 2015, the Society extended its geophysics survey of the suspected site of the tudor village of La Hyde, believed to lie to the east of Sulham Lane between Pangbourne and Purley-on-Thames, in three days at the beginning of June this summer. The objective was to survey two more fields to the east of the field surveyed last year, and this was accomplished successfully albeit with negative outcome again. 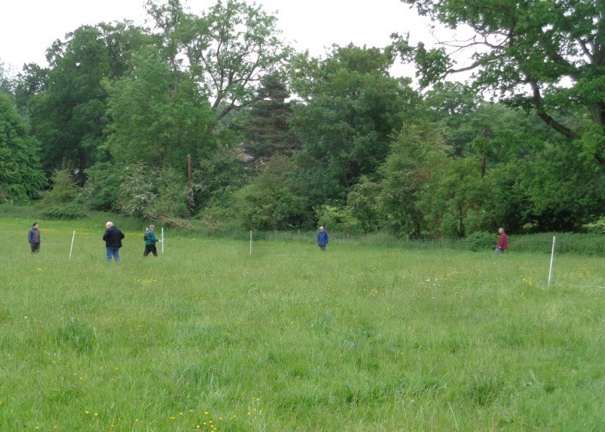 The team consisted of Martin Labram, Andrew Hutt, John Chapman, Tim Lloyd and Keith, Christine & Colin Smith, Richard Miller and Matt Berry. On the first day 31st May, the 2015 grid was extended to the small field across the track from the 2015 location. Strong gusts of wind made getting started quite difficult and later increasingly heavy rain stopped work by lunchtime. The day’s activity was limited to proving with the gradiometer that the overhead power lines were not going to interfere significantly with the magnetometry signal. The second day 2nd June was much more productive with the survey of the small field being completed and the grid extended across the stream into the large field north-east of the cottages. The final day 3rd June saw the completion of the survey of the large field. 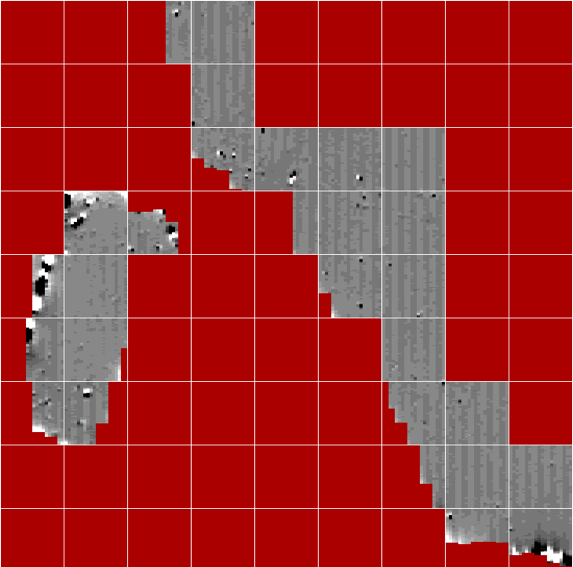 The data presented here are the nearly raw output of the gradiometer via the Snuffler software but without filtering or image enhancement; the display was set to ‘clip’ with thresholds at ±15. The  striping results from walking the instrument up and down the survey lines. There are also some whitish areas at the edges of the plots which are almost certainly due to getting too close to wire fences. The overhead power lines have not intruded on the survey at all; nor has spoil from digging the ‘Canal’. There is an anomaly at the north-west corner near the cottages and a hint of another in the south-east corner. There are a few smaller anomalies which seem to have linear though quite widely spaced out relationships suggestive variously of an older track, a ditch/stream, perhaps a line of fence posts. However, there is no evidence for remains of any buildings in the 2016 data.

The final picture shows the overlay using the QGIS software of both 2015 and 2016 gradiometer data with the combined Ordnance Survey mapping from both current and original editions. 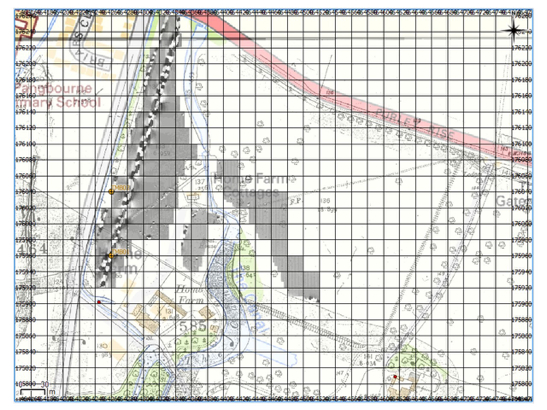 The location is the suspected site of the Tudor village of La Hyde, believed to lie to the east of Sulham Lane between Pangbourne and Purley-on-Thames. 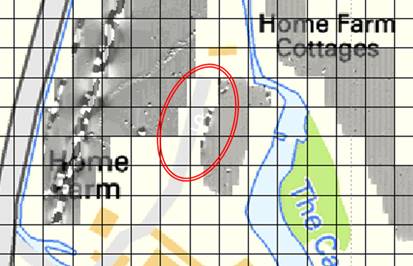