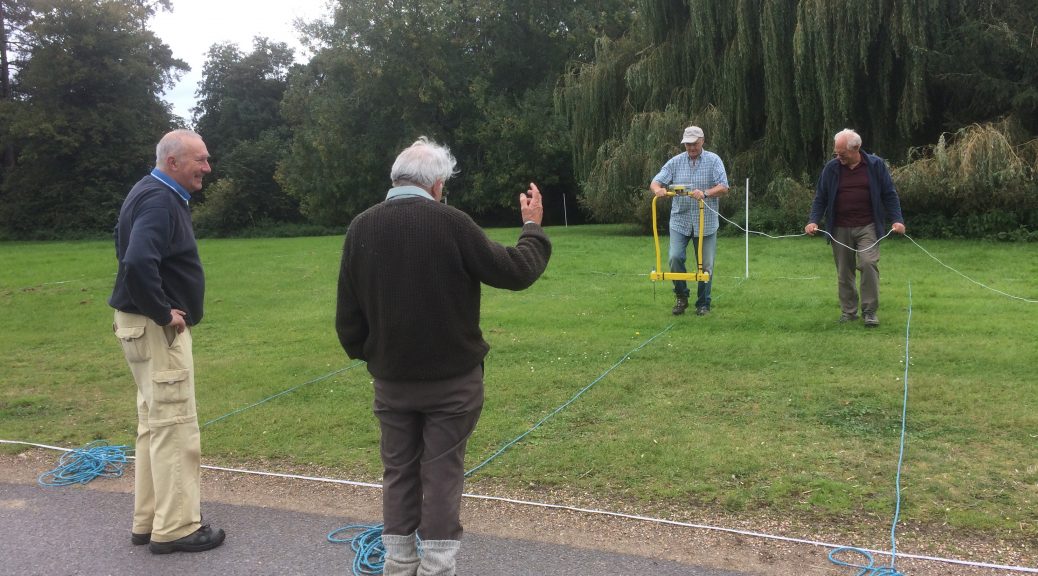 BAS submitted a proposal to carry out a geophysics survey of the grounds of Aberleigh built by University of Reading in the 1960s.  We are surveying this area because it is believed to be the site of three other buildings: Arborfield manor which probably dates from the 12th or 13th century, a manor house built by Edmund Standen in 1603 and Arborfield Hall which was built in 1832, then rebuilt in 1837.

The RAF and US forces occupied the hall during World War 2 and a camp of Nissen huts built as part of a military base built circa 1943. After the war the hall was left in disrepair and demolished in the 1950’s. The present Aberleigh house was built in the 1960’s.

Arborfield Historical Society have compiled documentary and photographic evidence of the site and Berkshire Archaeology Research Group carried out a short survey earlier in the year.

Members of BAS, lead by Andrew Hutt and Nigel Spencer, surveyed three areas around the modern house on 18th and 21st September.

At the rear of the property two linear anomalies were found that probably relate to walls alongside terraces beside the River Loddon. To the side some inconclusive features may be part of stables and/or service buildings known to have existed around here.

A study of old photographs, including an aerial view from the 1940s, suggest that the 1832 hall was at the front of the current house, almost abutting the road. 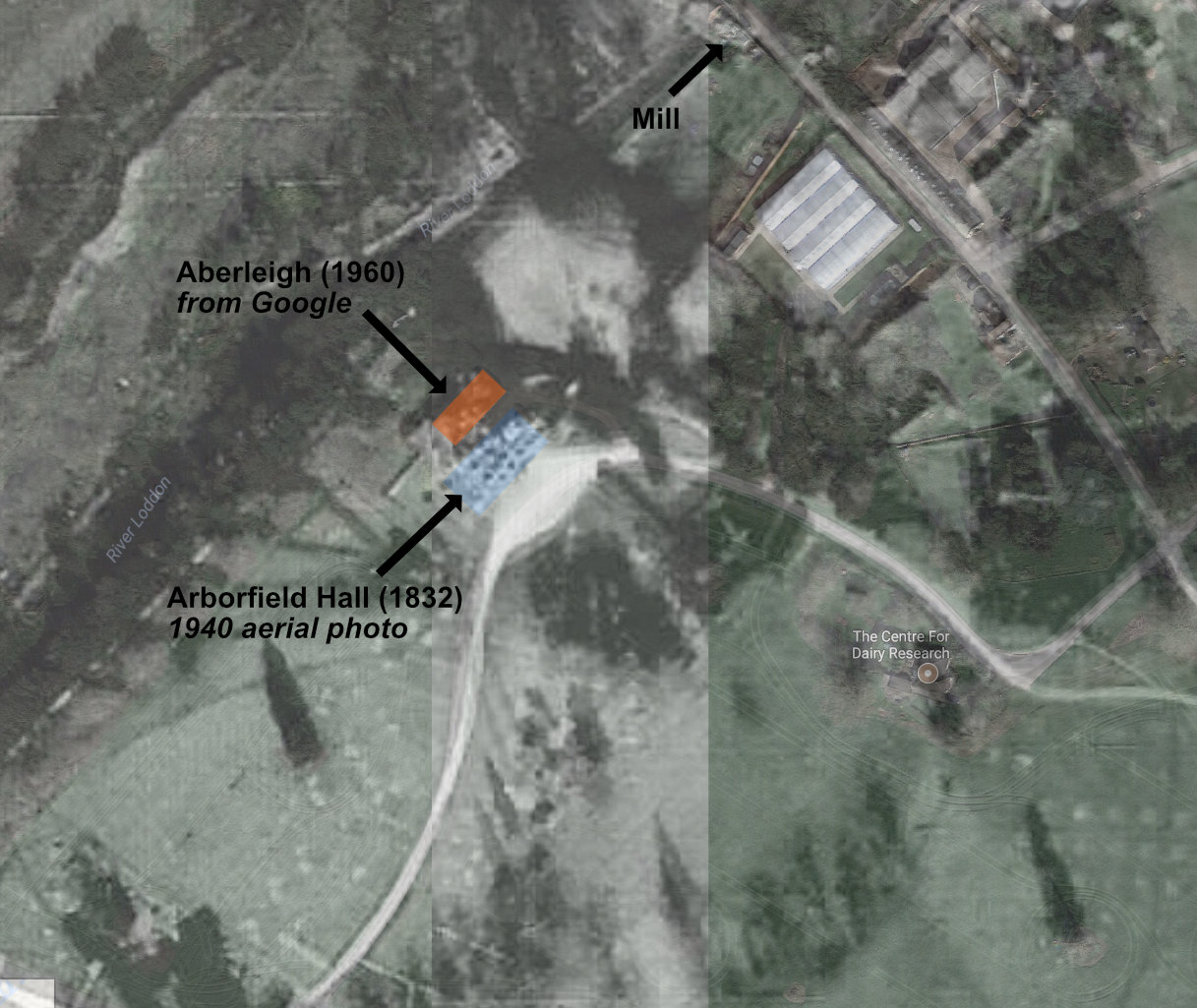 Unfortunately the resistivity survey produced no clear results, suggesting that the building was thoroughly demolished and buried under debris and soil.