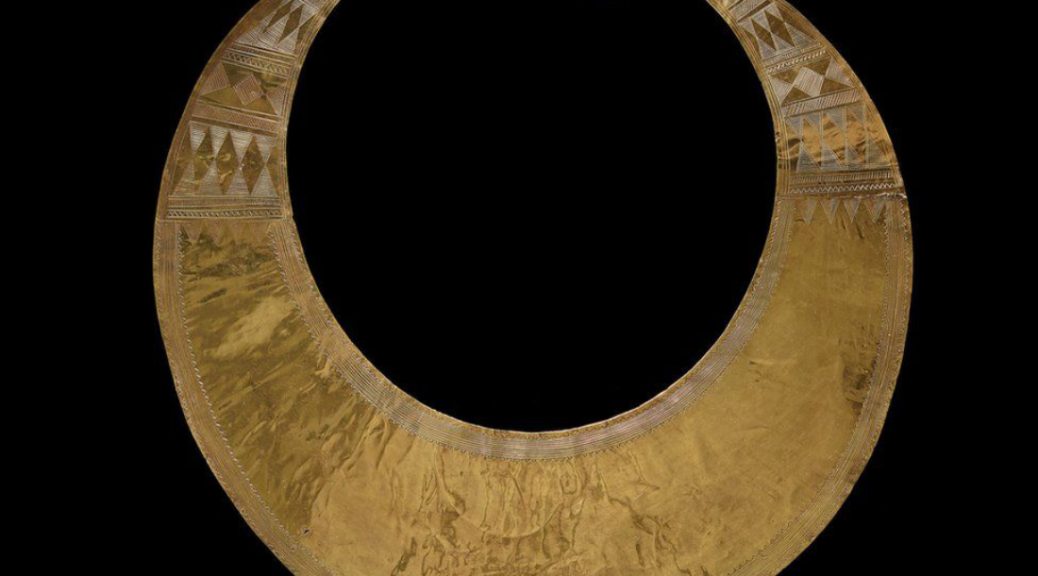 The title of this talk is that of a 42-month AHRC-funded project currently being undertaken by a team of five from the Universities of Reading and Manchester and the British Museum and spanning British prehistory from the Neolithic to the Iron Age. The project seeks to answer two main questions: what do we actually mean by the term ‘grave goods’ and are we able to move from an assumed understanding of their significance to a real understanding?

Objects appear not to have been associated with individuals in the communal burials of the Neolithic and few data are available. The classic Beaker burials of the Early Bronze Age are famously associated with pots, daggers, gold ornaments and other objects, but the number of grave goods decreases during the later Bronze Age and does not increase significantly again until the Late Iron Age. One of the main aims of the project was to construct a database of the entire material assemblage (including small items such as shells and pebbles and dress fastenings as well as pots and ornaments) found with formal burials in six study areas: Orkney and the Outer Hebrides, East Yorkshire, north-west Wales and Anglesey, Cornwall, Dorset, and Kent. The database will be made available to the public and the project output will also include academic papers, a book, and academic and public conferences (the latter to be held at the British Museum on 31 May 2019, cost £10). ‘Prehistoric burial’ teaching packs are being prepared for schoolchildren (Key Stage 2), and poems and artwork are also being created to engage children. A ‘grave goods trail’ is being planned for the British Museum to link different departments and break down barriers between them.

The database was created from Historic Environment Records (HERs) which were then updated as additional information was found. To date, 1035 sites have been identified, comprising 2855 graves and 5733 objects. The project is limited by being restricted to just six areas and only graves with grave goods are being considered. No regional patterns have yet emerged. In the Early Bronze Age, more male than female burials contained grave goods but this situation was reversed in the Late Iron Age.

Earlier references to grave goods simply listed the items, but since the 1990s people have been questioning their significance. Were they intended as offerings or simply as a means of disposal? What is the relationship between object and human biographies – do they intertwine? Do they represent conspicuous consumption to emphasise the wealth and status of the deceased? What is the significance of Iron Age pit burials, where the relationship between bodies and material objects is unclear? Graves appear to be more variable than has previously been acknowledged.

Another question concerns the relationship between grave goods and the disposal of objects in hoards and rivers. Professor Richard Bradley, in his book ‘Passage of Arms’, sees all of these as expressions of conspicuous consumption. River finds may originally have been associated with a body, and a study in The Netherlands has shown that river finds decreased over time to be replaced by grave goods: the same materials but deposited in different places. Hoards of personal equipment may have been deposited outside the grave, and ‘cenotaph burials’ resemble graves but contain only objects in the absence of a body. A famous example is the Ringlemere Cup from Kent which was excavated from a barrow that did not hold a body. Some Middle Bronze Age cremation cemeteries contain urns that have never held cremated bones, and in Dorset up to 69% of all Middle Bronze Age graves contain no body. An Early Bronze Age barrow in East Yorkshire contained a hoard of bronze axes which were added later than the original burial. In some hoards, objects have been placed to resemble the layout of a body although no actual body is present. There is no clear distinction between hoards and burials, which blur one into the other. Things are not as clear cut as has formerly been assumed!

Image: Golden lunula, from about 2,000 BC found in County Wicklow, Ireland (British Museum)