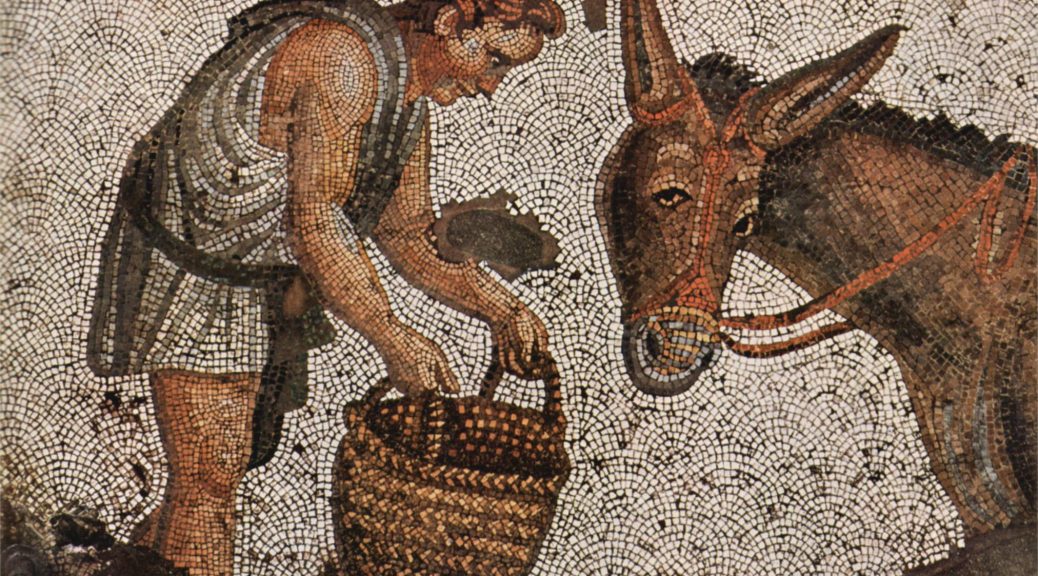 Peter began his talk with a reference to Eeyore in Winnie the Pooh to illustrate the lowly standing accorded donkeys today and went on to show that this had not always been the case. Rulers in the ancient Near East were carried, or drawn in carts, by donkeys at a time when these animals were essential for the long-distance transport of exotic goods, roles which gave them a semi-divine status. The more recent introduction of horses and camels, and the exploitation of the sturdy donkey x horse mule, has relegated the donkey to its modern role as a working animal, and it is estimated that more than 40 million are still used today for pulling ploughs, threshing grain, turning mills and transporting goods to market.

DNA studies have shown that donkeys are descended from one of two subspecies of African ass, the Nubian ass (Equus africanus africanus), with genetic input from a second population from either the Sahara or North Africa. The earliest known representation of donkeys is on an Egyptian palette dated c. 3100 BC, but bones that could represent domesticated donkeys are known from at least as far back as 4500 BC. The earliest indisputable evidence for domestication comes from donkeys buried with an ancient Egyptian king outside Abydos c. 3000 BC, which showed pathological damage as a result of them being used as working animals. Donkeys were also present in the Near East by this time and so domestication must have taken place before then, perhaps 7000 years ago and before donkeys appeared in Egypt, by nomadic populations who travelled through the Sahara and who still use donkeys today.

Donkeys were the first animals to pull wheeled vehicles, and the first to be ridden. Riders were higher and faster and therefore superior to people on foot. Cuneiform tablets from the Bronze Age city of Mari in Syria show how donkey carts were considered appropriate transport for kings, and the famous royal Standard of Ur shows royalty being drawn in carts pulled by donkeys or onagers. The Mari tablets also show that only a pure bred donkey was acceptable for important sacrifices, and a foundation deposit beneath  a temple at Tel Haror in Israel (1500-1400 BC) consisted of a sacrificed donkey together with the oldest bridle bit yet recovered. So although Christ’s entrance into Jerusalem on a donkey on Palm Sunday is usually taken to represent his association with the poor, this is not so. An alternative translation of the prophecy that Christ would enter Jerusalem on the back of a ‘humble ass’ makes it clear that the animal was associated with kingship.

Donkeys were used by the Roman army from c. 200 BC but mules, the hybrid offspring of a male donkey and a female horse, were to become the most important working animals for the military and were used to pull heavy artillery such as catapults. It has been estimated that there were probably half a million mules serving in the Roman army by the time of Augustus (31 BC-AD 14) but they have remained elusive in the archaeological record until recently. The advent of precise morphometric techniques and DNA studies has now shown that mules may have comprised up to 50% of the equids in the Roman Empire. Horses were the elite animals, but mules and donkeys were the commonplace working animals. Roman mules were surprisingly large and uniform in size, suggesting that their breeding was controlled.

There is little evidence for donkeys in Roman Britain, where the climate is not conducive to their wellbeing. Mules are now being recognised more frequently in the archaeological record, but a recent isotopic analysis conducted at the University of Southampton showed that the single Romano-British donkey and all the mules examined in the study had been imported from Europe: none had been bred here. Isotope analysis has also demonstrated that some mules in Europe were used for transportation across the Alps as at some stage in their lives they had been drinking melted snow.

Mules were bred by the Spanish conquerors of the Americas, in the absence of native domesticates capable of bearing heavy loads. Mules can carry three times the weight that a llama can and were heavily exploited in the Andean town of Potosí, where the silver mine was the source of much bullion sent back to the mother country. In addition to transporting food in and silver out, mules were used to power the mills for crushing silver ore. It was recorded that 60,000 mules were imported to Potosí from northern Argentina annually, although little archaeology has been carried out in the town and so far very few mules have been found. Potosí lies at an altitude of 4000 m and each mule was expected to carry a load of 100 kilos. By the 18th century 80% of the supplies carried by mules to Potosí were wine and brandy produced in the Moquegua valley in southern Peru. It is possible to trace the transition from the use of llamas to mules for this purpose by the size of the containers the animals had to carry.

Silver from Potosí was carried by Indian porters and mules to the Isthmus of Panama and then transported by river to the Caribbean coast for shipment to Europe. After the loss of one precious load in the river, river transport was banned and mules had to carry the silver overland. All this silver went to support Spanish imperialism and eventually had a knock-on effect on the entire world economy.

In conclusion, Peter showed how donkeys themselves have shaped human history. Their usefulness to man is limited by the availability of their food, how quickly they can move, their need for rest at inns and hostelries, and other requirements such as shoeing. Donkeys dictated their requirements to humans and in so doing changed the ecological balance. The humble donkey is not entirely without power! The role of the donkey and its mule offspring has been explored from prehistory right up to Apartheid South Africa in Peter’s book, The donkey in human history: an archaeological perspective, which has recently been published by Oxford University Press. 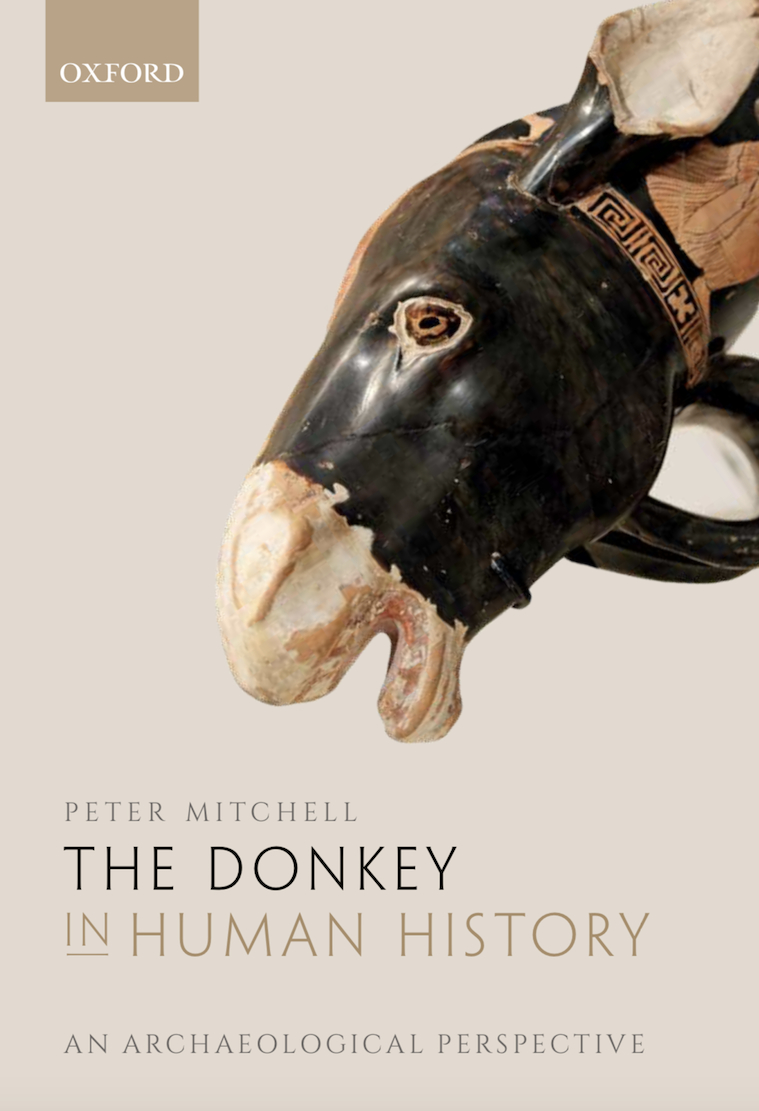 Title image from a Roman mosaic in Constantinople