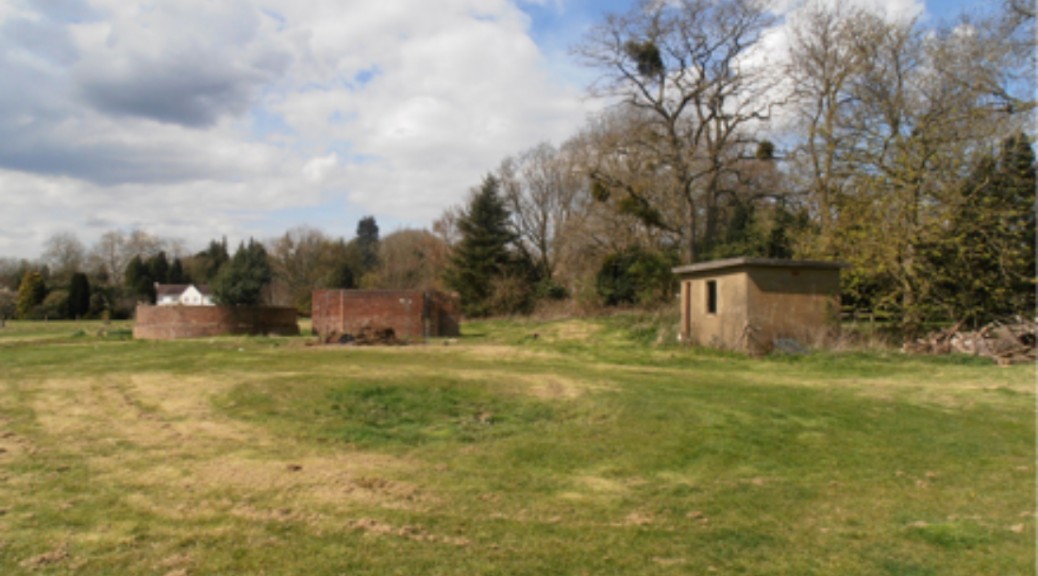 In 1944, Castleman’s, a large house and estate to the south of the Bath Road at Kiln Green, was the site of a military camp occupied by the US Army.   Two medical units and three casualty clearing units were stationed there before D-Day.  The facilities consisted of some 10 Nissen huts and a sewage treatment plant.  Since then the Nissan huts have been demolished or moved and the Castleman’s estate sold off in lots.  One of the lots is the Old Pump House, the site of the sewage treatment plant.

The Society was invited to carry out a geophysics survey of the area surrounding the plant.  The photo  shows from right to left that this consisted of a final clarifier: a low structure filled with sand, a trickling filtration plant: a large structure with a circular plan filled with gravel, a primary clarifier: a large rectangular structure with 4 compartments and on the extreme right a pump house.  The large circular feature in the foreground of the picture turned out to be a pit of buried rubbish.

Ann Griffin, Martin Labram and Andrew Hutt carried out the survey using the Society’s gradiometer.  The results are shown below.  This shows the features described above plus an additional filter bed.  The gradiometer results show an anomaly centred on C5 which is one of a line of concrete bases approximately 1m square, an anomaly at E3 was a dump of rubbish and another at G2 was the pit of rubbish shown in figure 1.  Our detailed knowledge of these anomalies is due to Ann Griffin who spent time digging small pits and working with the Society’s probe.

All that remains to be done on this site is to write up the results in a full report. 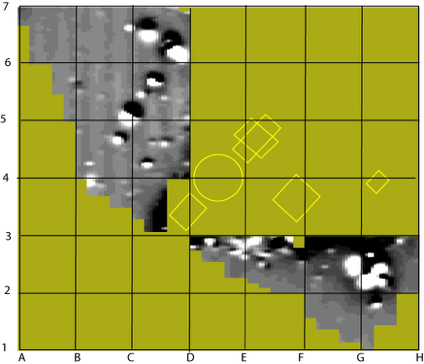