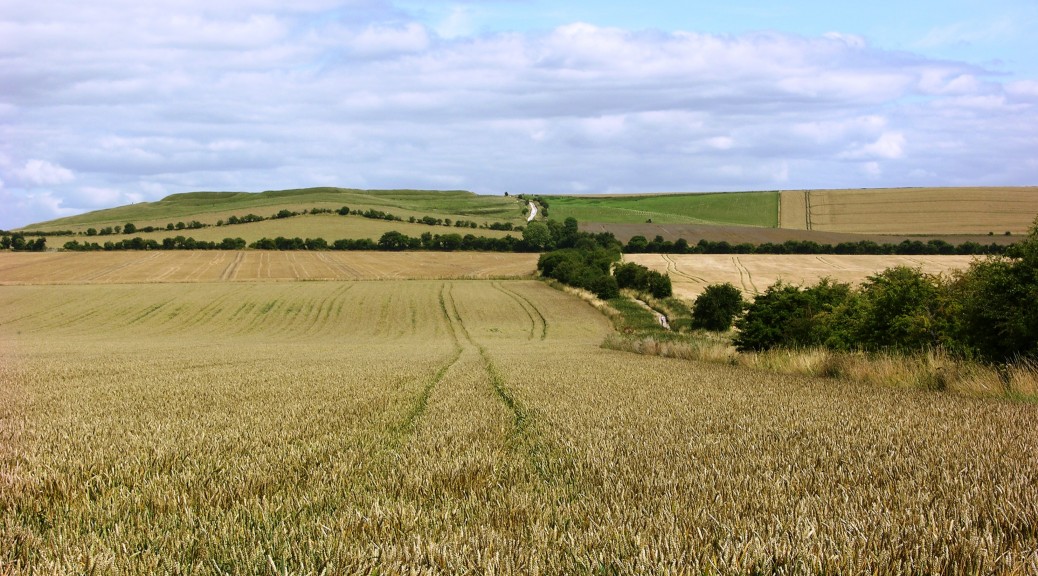 Understanding and dating patterns of mobility in prehistory

A lecture given to Berkshire Archaeological Society on Saturday 20th January 2016 by Professor Martin Bell, University of Reading

Speaking to a full house at RISC, Martin began his talk with the contention that landscapes are structured by patterns of movement. Once established, a path tends to be perpetuated and becomes part of the memory set of the people who use it. Earlier studies on trackways in Britain were interrupted by the publication in 1925 of Alfred Watkin’s The Old Straight Track, the book that introduced the concept of prehistoric trackways as ley lines and spawned a sub-culture of ley line hunters. As a result, archaeologists lost interest in trackways and concentrated instead on excavating sites, with little concern as to how these linked up across the landscape.

Pessimism regarding the true nature of ancient trackways may be overcome by focusing on evidence for patterns of movement from different sources. As an example, Martin described the strings of ‘mini-prairies’ or glades along hunter-gatherer paths in temperate rainforest on Vancouver Island, Canada, which marked small areas of forest clearance to encourage regrowth, either for food plants or to attract animals to be exploited when the trackway was used again. Sufficient Mesolithic footprints have now been uncovered in the Severn estuary to indicate the direction of trails, probably to and from settlements or along channels in connection with fishing. Neolithic tombs on each side of the Welsh border both lie directly on top of Mesolithic remains, and Martin thinks these sites were on a path or, more likely, intersection points between paths where both goods and genes could be exchanged, later commemorated by the construction of the tombs. Elsewhere there is evidence that barrow alignments mark pre-existing trackways from the Neolithic to Iron Age, and in Denmark, where alignments are associated with causewayed enclosures, they have been used to predict the position of further enclosures.

Increasing evidence for seasonal cattle husbandry in coastal wetlands, where salt marshes provide good summer grazing, shows that Bronze and Iron Age people were regularly moving their animals across the landscape. Late Bronze Age field systems exposed during excavations at Heathrow Terminal Five revealed multiple parallel droveways all heading in the same direction. Later coaxial field systems had droveways that often led to river floodplains and estuaries, suggesting the seasonal exploitation of grazing. It now appears that some of our ‘prehistoric’ ridgeways may not be as ancient as was once thought, and that the hollow ways that often run at right angles to the ridgeways are older and represent the seasonal movement of animals between low and high ground. The frequent existence of multiple parallel routes in use at the same time may be explained by the need not to deplete the grazing alongside any one trackway. Optical stimulated luminescence can be used to date sediments at the base of hollow ways, which have been shown to date from at least the Bronze Age.

Some surfaced roads predate the Romans. At Sharpstone near Shrewsbury several incarnations of an Iron Age road were found, starting with a brushwood track, then a metalled road, with a Roman road on top of that. Two Bronze Age posts found beneath the Iron Age roads could indicate an even earlier routeway, and the introduction of horse-drawn chariots in the Bronze Age may suggest that roads by then had become a necessity.

With these and many other examples Martin offered us a glimpse into the history of human movements across the landscape. Look out for his forthcoming book on the subject! 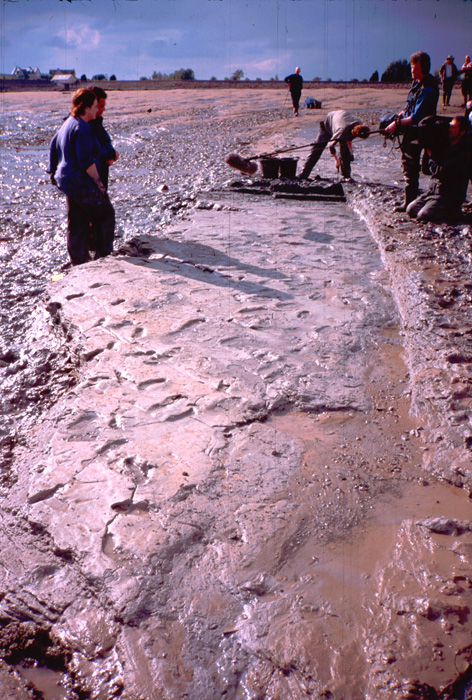 Excavating the roadway at Sharpstone quarry: 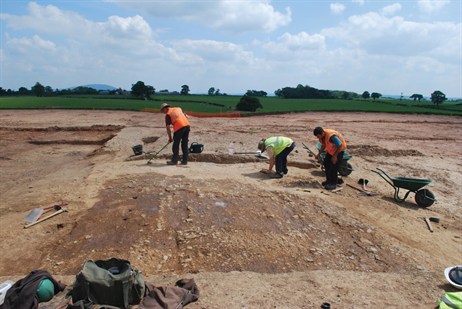 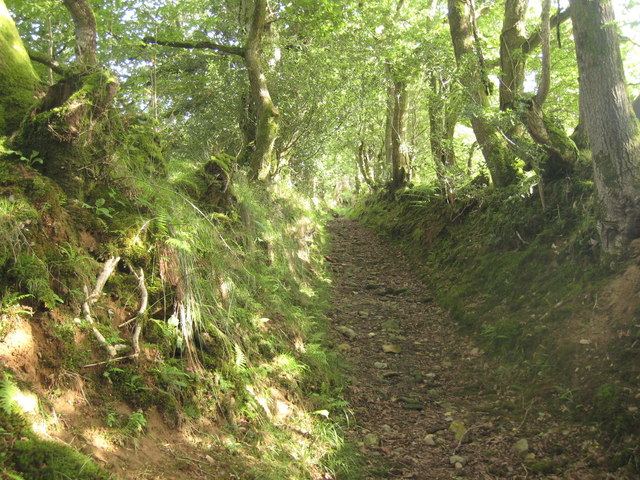 To read more look out for Prof. Bell’s book to be published later this year or next.

Meanwhile here are some links: