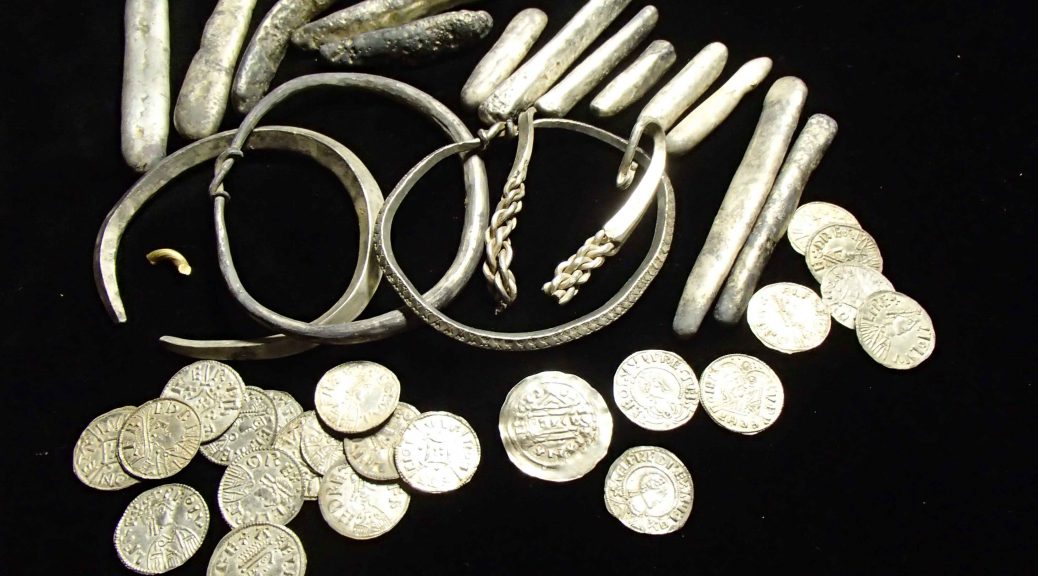 The Portable Antiquities Scheme and the Watlington Viking Hoard

The PAS began in 1997 to provide an opportunity for members of the public to report archaeological finds. About 98% of finds are reported by metal detectorists but the scheme is not mandatory and not all finds are reported. Metal detecting rallies bring in hundreds of objects and recording is done by liaising with clubs rather than with individuals. Last year around 3000 finds were added to the online database. All finds dated before 1700 are included but recording is selective for later finds. The PAS website (https://finds.org.uk ) shows how finds are recorded: a photograph is accompanied by a brief description, a reference number and the find spot to the nearest km square (the precise location is not given). The finder’s name is not published and the system depends on the work of volunteers to enter records onto the database. A distribution map showed that very few finds have been recorded in the heathland area of southeast Berkshire and northwest Surrey compared with arable fields elsewhere. Most finds in Berkshire have been recorded from the Thames Valley in the Wargrave-Windsor-Wokingham area, with relatively more from Surrey.

Around 1000 reports of Treasure Trove are made throughout the country in the course of a year and most of these concern finds of silver or gold coins more than 300 years old. The Treasure Act imposes a legal obligation to report such finds within 14 days.  Two or more gold and/or silver coins, or ten or more bronze coins found together constitute a hoard of treasure. Hoards also include prehistoric base metal objects with or without gold or silver inlay, so two or more bronze axes found together are considered as treasure but single axes are not. The Act is currently under review and it is hoped that it will then cover single gold or silver coins. The coroner has to decide if an object constitutes treasure and the value of a hoard is decided by a committee which sits at the British Museum. If a museum does not want to purchase it, it is returned to the finder. Proceeds from sale are divided between the finder and the landowner. Middle Bronze Age hoards have been found near Nettlebed and west of Basingstoke. The most frequently found Bronze Age gold objects include thumb-sized rings which were probably nose rings: four are known from Surrey. The Wokefield Hoard from West Berkshire consists of seven 1st century BC Iron Age gold coins. Single gold coins are not classified as treasure and if one is found on land where the finder has had permission to search, then he/she is entitled to keep it. If treasure is found on land that is not covered by a local museum (such as the Wokingham area) it is offered to the British Museum and returned to the finder if the Museum does not want it. Such objects are referred to as ‘disclaimed finds’ and Tudor dress pins or hooks are among the commonest finds in this category.

Special finds included a 7th century gold pendant with a garnet cross design that was bought at a car boot sale for £25: because of the lack of field data it was returned to the buyer who subsequently sold it for £4000. A Medieval silver seal mount from Wargrave was set with a late Roman onyx intaglio. Non-metal finds included a fine Neolithic polished stone axe from Wargrave. Bronze Age metalwork turns up fairly frequently and Iron Age coins, especially gold ones, are more frequent than their Medieval counterparts. Noteworthy Roman finds include a copper alloy cherub from Waltham St Lawrence and a phallic pendant from the Wargrave area. An unusual Roman brooch found during a Wantage rally turned out to have been bought in an auction lot of finds from eastern Europe: someone had been seeding the fields. Later finds include a mid-9th century silver strap end from the Midhurst area with a faint Runic inscription scratched on the back that represented part of a woman’s name, and a 10th century silver strap end from Nuffield with gilt and niello inlay which also showed part of a name. A Medieval seal matrix from a field at Cobham, Surrey, was traced to Stone Priory in Staffordshire and had been used to create a wax impression on a contemporary document held by the British Museum!

The Watlington Hoard of Viking objects was acquired by the Ashmolean Museum for £1.35 million. Viking finds are very rare in southern Britain. The hoard consisted of coins (now very brittle), silver arm rings, finger-sized silver ingots and a tiny piece of twisted gold wire. The coins are extremely important as they are of two kings: Alfred of Wessex and his Mercian contemporary Ceolwulf II. The hoard is dated to the late 870s, soon after Alfred defeated the Vikings: someone fleeing the battle had deposited the Watlington Hoard in what was then Mercian territory. The Ashmolean Museum has recently published a book about the hoard which is available for £5.