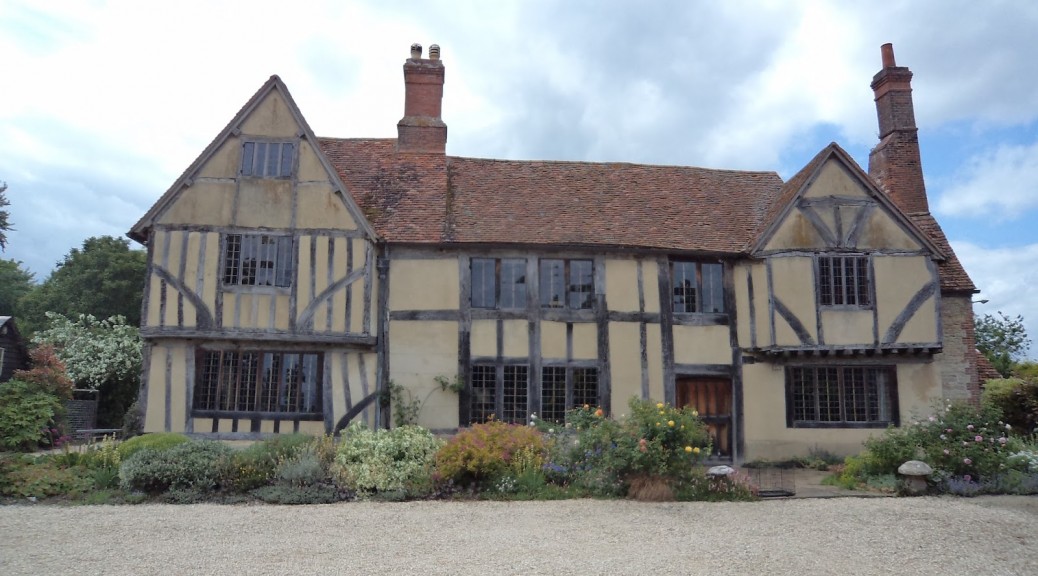 Timber buildings: how earlier buildings may be concealed behind later remodelling

Henry gave an excellent summary of how timber buildings were sourced, constructed and changed in fashion over time. He started with the management of medieval forests, illustrated in pictures showing that tall trees were thinned to allow them to grow straight and tall, whilst others were coppiced to make lathes for making wattle and daub panels to infill timber frames. Tall trees were felled and sawn into planks or square sectioned beams in the forest with a two-man saw, one of whom worked at the bottom of the saw pit. Vast quantities of timber were needed to construct a medium size manor house. A document from Canterbury c. 1600 recorded that 72 tree trunks were used for the house frame, seven trunks for boarding walls and the timber came from an area of 68 acres (27h).

Saxons built large wooden halls and houses in timber but did not use a base plate, so the posts inserted directly into the ground did not last long. In the mediaeval period ‘box-frame’ construction started using base-plates on which to stand vertical posts in the Weald of Kent and quickly spread throughout England. This design had a full height front hall and at each end bedrooms on the first floor with a cross passage between them. On the ground floor would be a kitchen, pantry and laundry. Square timber uprights rose from the base plate to the attic level and were known as ‘wall plates’. Here the purlins (beams across the attic floor) and the rafters were jointed and attached to the wall plates by ‘pins’. Barns, such as that at Great Coxwell have their timbers visible and are well worth a visit.

A fashion started in the early mediaeval period to construct houses with ‘jettys’. Here the first floor was cantilevered out over the street to create more space upstairs without intruding on the street. In 1666 London was consumed in the Great Fire and the principal reason why it spread so quickly and so extensively was that houses caught fire as the flames leapt across narrow streets. After 1666, ‘jettying’ became out of fashion, but persisted until the eighteenth century in large castles and monasteries, for example at Windsor Castle. Another fashion, which started in the west of England was ‘crook construction’ for supporting roofs and walls. Crucks were made by choosing a bent tree, cutting it in half to make a ‘mirror image’ and creating a concave frame on which to hang lathes and tiles. 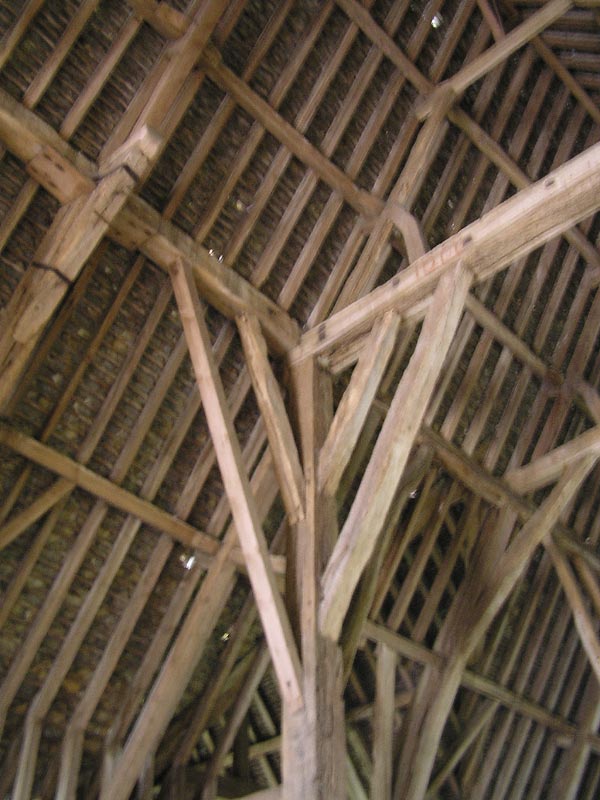 Henry used Chalgrove Manor, Oxfordshire as a fine example of a thirteenth century timber frame house, which was repaired in 1480, refurbished in the eighteenth century and sensitively restored recently. It has a full height open hall with a seventeenth central fire place from which the smoke exits through the roof. Henry showed the massive timbers in the ceiling of the main bedroom held together with joints and posts.