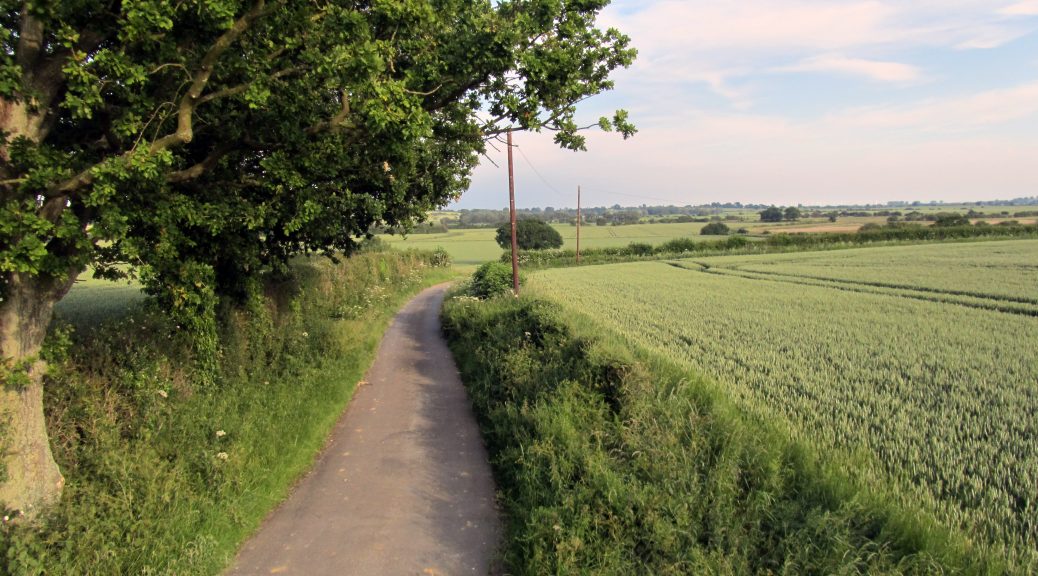 Travel and communication in Anglo-Saxon England

A talk given to BAS by Stuart Brookes, UCL and University of Durham on 17th March 2018

The subject of this talk formed part of a project to reconstruct the Anglo-Saxon landscape through the creation of the ‘Early Medieval Atlas’ (www.ucl.ac.uk/early-medieval-atlas), with a longer term view to investigating social complexity, material culture, cognitive landscapes and kingdom formation. Three methods were used to investigate overland routeways: physical evidence, textual sources, and cartographic methods.

Excavations in Kent during the construction of HS1 showed long term continuity in the use of trackways, with Iron Age ditched roads subsequently used by both the Romans and the Anglo-Saxons. Some of these transhumant routes running between pastures and settlements were thousands of years old. Excavation at White Horse Stone in the same area demonstrated that the Anglo-Saxons were capable of building roads de novo. At least three different hollow ways were excavated beneath the Pilgrims Way: the one more or less beneath the modern track was C14-dated to the 7th-10th centuries, suggesting that permanent long-distant routes had been established by this time. Rare wayside markers, such as Coppleston Cross in Devon, can also be used to date Saxon roads. The deposition of caches of weapons at river crossings was relatively frequent between the 8th and 11th centuries and these can pinpoint where roads and rivers converged.

Remote sensing, especially LiDAR, has been used to identify Anglo-Saxon roads in various places, including Ewelme in South Oxfordshire where braided tracks converged on the Icknield Way, which only became established as a permanent route in relatively modern times. Other local examples included Cadwell and Long Wittenham in South Oxfordshire.

Routeways can also be plotted by the movement of objects. When Early, Middle and Late Anglo-Saxon find spots were compared with the Roman road system, it was possible to determine when parts of this network fell out of use. In the Early Anglo-Saxon period most finds were associated with Roman roads although  some ‘holes’ had already appeared in the network and over time these patches got bigger and more numerous. By the Middle period in the 7th to 9th centuries, find hotspots showed a drift away from the Roman network with the development of new routeways. The abandonment of the Roman road system took place at different rates in different places: East Anglia and Mercia held on to their Roman roads for longer than elsewhere. Much of the Roman road network has survived to the present day: some 2763 km as A roads, 978 km as B roads and 6093 km as tracks.

These include legal documents of the mid-7th century and narrative sources, such as the itineraries of Edward I. Place names can provide useful clues for the existence of old roads (Grundy 1918, Cole 2013). Rather than using existing place names at their face value, it is necessary to work back through documents to find the earliest recorded form of a name. For example, Sturton Grange could be traced back through eight different forms of the name to Stretun(e) meaning street/settlement.

Anglo-Saxon charters often describe landmarks along estate boundaries and these may include features relating to old roads, such as ‘ealden straet’. Most date to the 10th century when many land grants were taking place. With the defining of property boundaries, formerly braided tracks were forced to follow a single line and permanent routes were established. Many charters have now been digitised (see Langscape at langscape.org.uk).

Tools such as PageRank were used to determine the top 100 nodes on the Roman road network. Only 30% of Roman towns were situated within 5 km of a nodal point, but these included all civitas capitals and colonia. There was no correlation between Roman towns and waterways, suggesting that the Romans tended not to use the rivers for transport. In contrast, the early medieval network showed that 40% of the towns were connected with nodes and rivers, indicating that the Anglo-Saxons were using the rivers to a much greater extent than the Romans.

Map regression was used to reconstruct ancient road networks by working backwards through time using a series of maps of the same area. Field names can also indicate the position of early roads, such as ‘South of Portway’ near Dorchester on Thames. The valley called Hollandtide Bottom, east of Berrick Salome, carried a road (holandene = hollow valley road) in the 10th century, but this is now impassable in winter.

Circuitscape (www.circuitscape.org) was used to determine the most logical routes between places according to topography, such as long distance routes that followed geological formations. The Romans used the grain of the land where possible to create long distance roads but elsewhere they cut across the grain and this related to social factors such as meeting places, markets and fairs.

The Anglo-Saxons modified the Roman road network for their own use and they used the rivers much more. The outcome was the foundation of the Early Medieval towns that survive today.

Stuart Brookes is Senior Research Fellow at the UCL Institute of Archaeology. He has published various works on the archaeology of early medieval Europe, including Beyond the Burghal Hidage: civil defence in Anglo-Saxon England (2013), Landscapes of Defence in the Viking Age(2013) and The Kingdom and People of Kent (2010).

G.B. Grundy 1918, The ancient highways and trackways of Wiltshire, Berkshire and Hampshire and the Saxon battlefields of Wiltshire. Archaeological Journal 75 (1): 69-104.