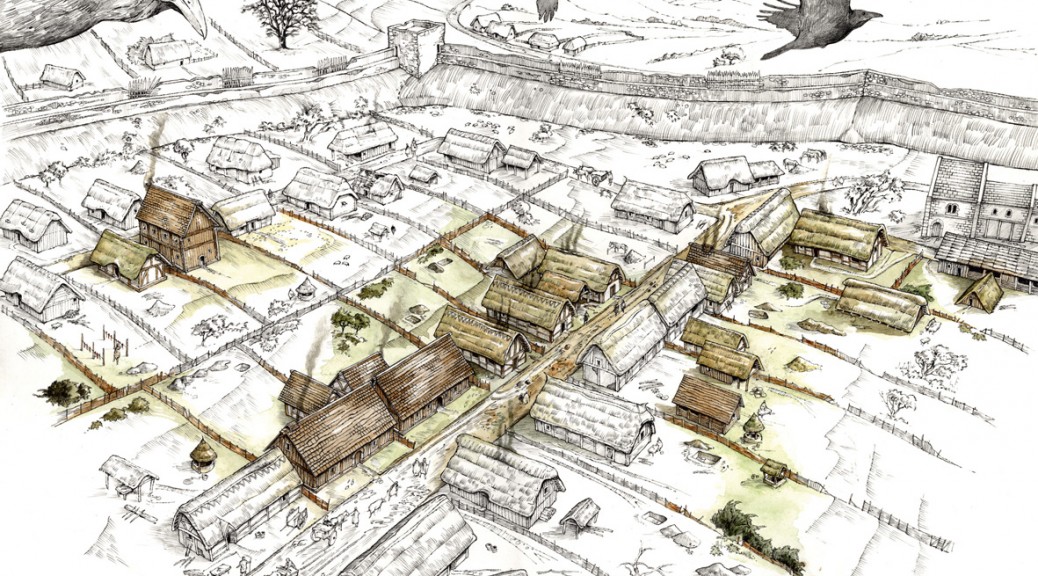 Winchester – A City in the Making

Ben gave a fascinating talk which characterised the pre and early history of Winchester. He used the evidence found from two adjacent sites in the North West of the town. The sites, known as Northgate House, Staple Gardens and  the Discovery Centre, formerly the Victorian Corn exchange, offered a picture of life from the middle Iron Age through the Roman, Saxon, Mediaeval and the early 1940’s periods.

People of the Iron Age had occupied an enclosure with a North – South holloway which crossed the river Itchen and became a trade route to the south coast, 10 miles away. There were twelve round houses on the site but no grain storage pits. Ben conjectured that grain was being stored in granaries built on piles.

The Romans built their town partly on top of the Iron Age enclosure, providing improvements for living standards in the town. The main street was well metalled and frequently repaired and beside it ran an aquaduct which brought water from the hills 8 km away. Metal work-shops fronted a side lane, one of which was a timber frame building which had caught fire and the timber and plaster had been well preserved. Most houses incorporated a work room for weaving cloth. Proof of this came from the square, bone weaving tablets used for making multi-coloured braid. The Romans had built a hall with a tower at one end which survived into the Saxon period. The end of Roman Winchester was marked by a 1m thick layer of organic ‘dark earth’ containing evidence of people living in temporary buildings.

In the late Saxon period (AD 900-1000) the roads were in a poor state and were badly maintained. They started wide and over time they decreased in width. The inhabitants lived in timber houses with multiple floors piled on top of each other during a 150 year period. As the weight increased, the floors slumped into the Roman cess pits below. The Saxon cess pits showed people were eating cherries, fish, horse meat, cattle, sheep and grain. The town was a hive of cottage industry, where every house did weaving and dyeing of wool. They had used the Madder plant to make red dye. The evidence for this comes from the spindle whorls, needles and panel beaters found amongst the debris. Heavy industry of iron smithing and bronze casting had its separate area. By AD 868 money had been found to build the ramparts of the burgh, part of Alfred’s scheme to fight the Danes. By this time Winchester had become wealthy as indicated by the timber framed burgages and their long gardens for the powerful. Trade and industry further increased in the period AD 950-1050 as barrel locks and their keys, weighing scales, and carved bone spoons suggested.

The Norman Conquest and its consequences caused a major increase in wealth as houses each had their own well, with stone well head and steps to reach the water. And, by the AD 1250-1400 period, the rich lived in stone houses. The Arch Deacon built his palace within a walled estate where he enjoyed the flower garden, orchard, kitchen garden and had the benefit of a separate kitchen.

However, it was not to last. Between AD 1406 and 1800 Winchester was abandoned and the place became grassland. The plague events of the 15th and 17th centuries had stopped habitation and life did not re-establish itself until post 1800. The late Georgians and the Victorians created a wealthy town and civic pride caused them to build a classical Corn Exchange with a large dome. It was built in 1836/9 by Owen Browne-Carter and later became the town’s library.

World War II air raid shelters had been built on the site and the graffiti on the walls solemnly recorded. It was not all rude, so it was subsequently exhibited along with the rules, ‘To those using this shelter’ such as, ‘do not spit’ and ‘be nice to your neighbour’.

Ben Ford’s book on the Winchester excavation is available from Amazon from £16.00 +.

Ben Ford is a Senior Project Manager at Oxford Archaeology, who, for the last 20 years, has specialised in the excavation of urban environments, a passion that was first ignited at an early age in his home town of Dorchester in Dorset. Since then Ben, who graduated from Reading University in 1990, has led many of the largest excavations to have taken place in Bristol, Reading and Winchester, as well as Hampton Court Palace and the Royal Arsenal in Woolwich, he is currently directing excavations of the Greyfriars precinct on the Westgate redevelopment in Oxford. 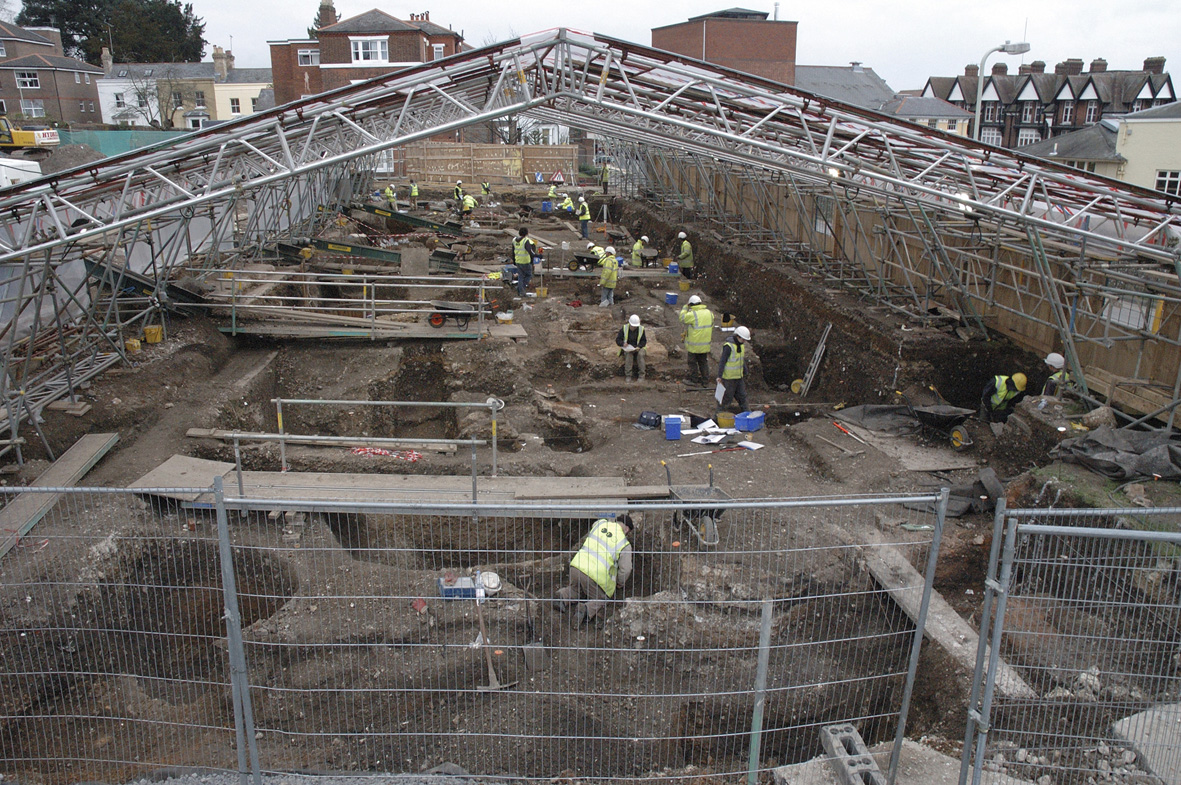 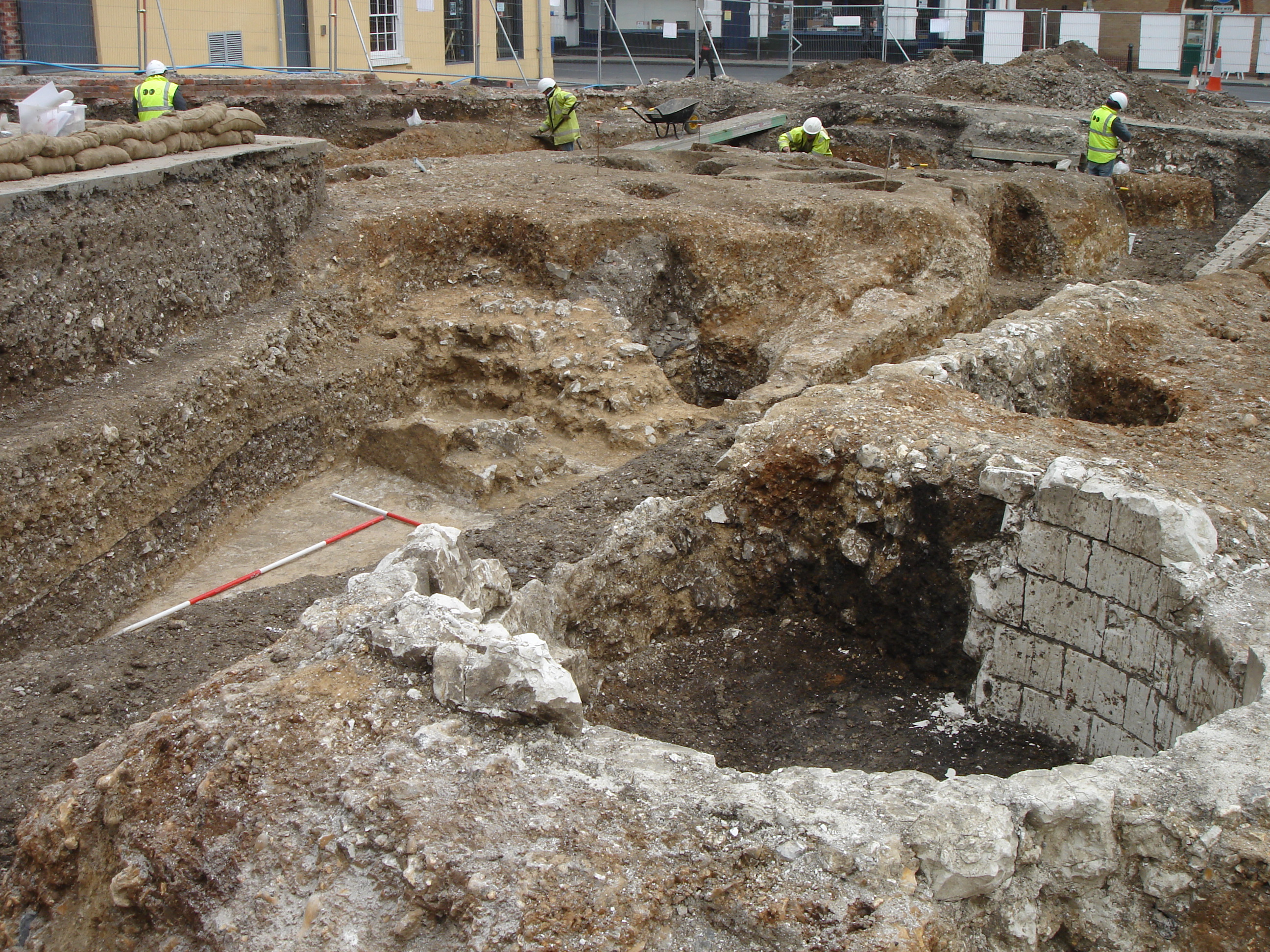